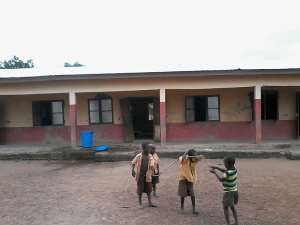 The United Nations (UN) Committee on the Elimination of Discrimination against Women (CEDAW) have expressed its concerns “about the trend towards privatisation of education and the priority given to schooling of boys over girls” in Ghana.

The Committee further recommended that Ghana “intensify efforts to reduce disparities in access to education and in terms of quality of education between urban and rural areas as well as public and private schools”.

Both organisations submitted a combined report to the CEDAW committee in early October to highlight the detrimental impacts of the development of private education on the realisation of human rights in Ghana.

According to Mr.Tettey, research they are conducting is showing them that privatisation in education is a significant source of inequalities and segregation.

“As we showed in our report to the CEDAW, education becomes more expensive as a result of privatisation, and girls, in particular the poorest, are the first ones that suffer from increased costs and drop out of the education system,” he noted.

Mayra Gomez, Co-executive Director at the GI-ESCR added that the CEDAW has taken a strong approach by directly recognising that privatisation is harming the realisation of human rights.

He indicated that this statement is in line with their report on Ghana, but also with another report theysubmitted to the CEDAW in June, which highlights how privatisation harms girls' right to education.”

The CEDAW committee's recommendations follow a recent report by the UN Committee on the Rights of the Child, which formally asked the Ghanaian Government to explain itself on the growing privatisation in education in the country and the effect it has on the realisation of the right to education for all.

The recommendation comes at a time when education privatisation is drawing increasing attention and analysis from both the international community and national governments.

In a recent report delivered to the UN General Assembly, the UN Special Rapporteur on the Right to Education, Mr Kishore Singh, expressed his concerns that given the recent dramatic growth in private education it may soon supplant, rather than supplement, public education.

Trine Petersen, Privatisation in Education Research Initiative (PERI) said the CEDAW report is welcome at this critical moment in the debate on the future of education as a public good for all.

“We are increasingly concerned that governments are failing in their obligation to deliver quality public education, favouring market-driven education reform despite evidence linking privatisation to in-built human rights concern,” he added.

Civil society organisations involved in the campaign are now hoping that the Government will take the issues raised by the CEDAW seriously and implement measures diligently.

Measures recommended in GNECC and GI-ESCR's report include the adequate collection of data on the impact of privatisation, the effective enforcement of existing legislation on private schools, the review of policies supporting private education, such as public-private partnership policies in education, and increased support to public education.