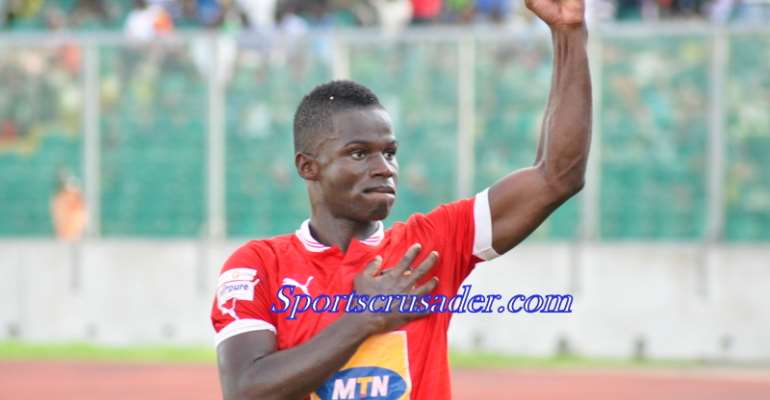 Burkinabe striker Ahmed Toure underlined his striking qualities by scoring for the second time against Togolese Championnat National title-holders as Asante Kotoko defeated them 2-1 at the Baba Yara Sports Stadium on Sunday.

The Ivorian-born front-man had shot the Porcupine Warriors upfront early in the first-half before attacker Obed Owusu stepped up to convert a spot kick to double the lead.

But the Togolese champions staged a strong second-half performance to halve the deficit.

Kotoko had held Semassi to a goalless drawn game in Togo last week but defeated them in the reverse fixture at the Baba Yara Sports Stadium.