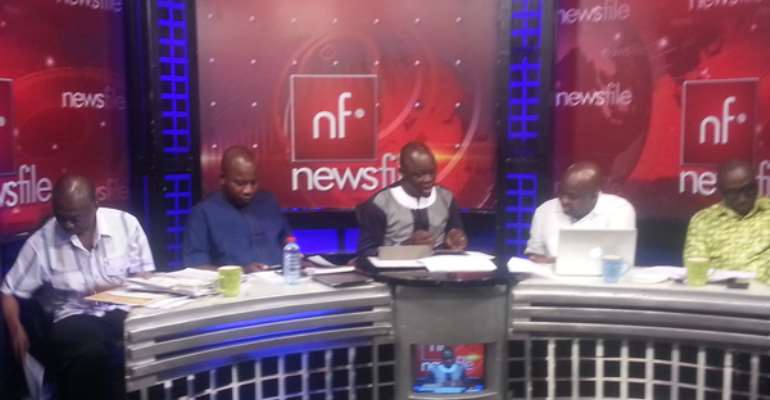 Youth and Sports Minister Mahama Ayariga says the decision by the Ghana National Petroleum Corporation (GNPC) to sidestep Parliament in securing a $700 million loan was not inappropriate.

The Member of Parliament for Bawku Central is convinced the Corporation breached no law in securing the loan without Parliamentary approval.

GNPC has come under heavy criticism after it went behind Parliament to secure the loan.

The loan is to fund commercial activities by the Corporation and to improve upon its infrastructure.

While many support the corporation's right to secure loans, the procedure used in securing the loan has been a subject of controversy.

The opposition MPs have described the conduct of the Corporation as illegal.

A member of the Finance Committee of Parliament Dr Mark Assibey Yeboah said the Corporation has flagrantly violated the Petroleum Revenue Management Act 815 and the 1992 Constitution.

Sections of Act 815 states that: "Parliament shall in each year approve the programme of the activities of the national oil petroleum company being GNPC.

Article 181 (3) of the 1992 Constitution which in part states that government or its public institutions shall not procure loans until and unless Parliament gives approval.

Dr Assibey-Yeboah and the opposition MPs are threatening to go to court to correct the anomaly.

But on Joy FM's news analysis programme Mahama Ayariga said the Corporation had no obligation to seek prior approval from Parliament before securing the loan.

He said there is no "provision that enables GNPC to deal directly with Parliament."

"GNPC has no mandate to run directly to Parliament," he stated. At best the Corporation would have to inform the sector Minister who would in turn inform Parliament. "That is the procedure" he stated emphatically.

Precedent
Mahama Ayariga said GNPC as a corporation has a right to, on their own strength of balance sheet, go out to secure a loan without prior approval of government.

He cited a similar case in which the Ghana Ports and Harbours Authority was taken to court for transacting a business without securing Parliamentary approval.

He said the court ruled in favour of GPHA and quoted the court as saying GPHA entered into that transaction not as an entity of government and must rather be seen as a separate legality personality.

He further reported the court as saying that until the petitioners can prove that government was hiding behind GPHA to transact that business, it is convinced that GPHA transacted the business as a statutory corporation and were right to do so without Parliamentary approval.

Mahama Ayariga said it was even in the interest of government to allow GNPC to secure the loan without any intervention because anytime government intervened in any of such transactions, the debt is deemed to have been incurred by government which negatively affects the debt to GDP ratio.

Malik Kweku Baako who was also on the show argued, for purposes of good governance the GNPC could easily have notified Parliament before going for the loan.

He said a prior notice helps in building transparency, adding "it is untidy if Parliament is ignored entirely."

He said "given the history of GNPC and how it behaved like an octopus, collecting loans here and there," the deal must go to Parliament.