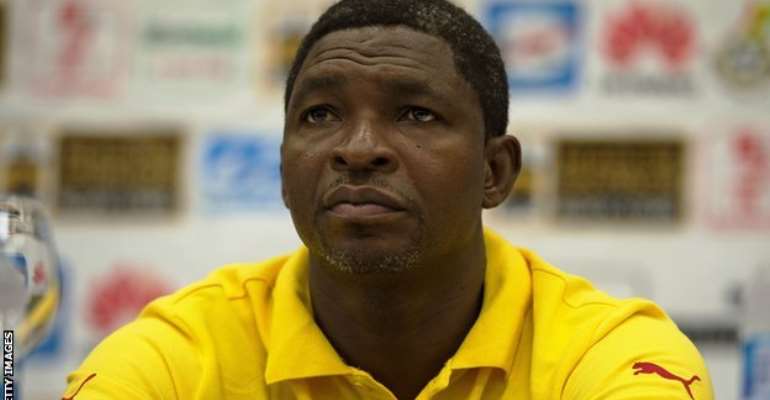 Ghana stop-gap coach Maxwell Konadu has a full-fit squad to select his starting line-up for Saturay's 2015 Africa Cup of Nations qualifier against Uganda.

Without the exception of striker Jordan Ayew, who is unavailable for selection due to a one-match ban, the 22 players are fit to play.

But Gyan travelled with the team to Kampala and was involved in low runs at the Mandela Stadium on Friday afternoon as the team held its final training session.