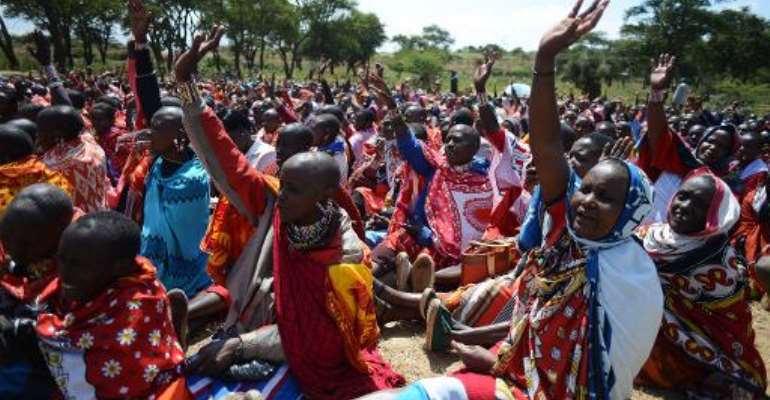 Kenyan Maasai women gather for a meeting dedicated to the practice of female genital mutilation. By Simon Maina (AFP/File)

Nairobi (AFP) - Kenyan school children have ended school for December holidays accompanied with a stern warning to parents: carry out female genital mutilation and be prosecuted.

The often deadly practice, which ranges from slicing off the clitoris to the mutilation and removal of the entire female genitalia, is banned in Kenya but still regularly carried out.

Anti-FGM prosecution unit chief Christine Nanjala, in a letter to parents, guardians and medical practitioners, warned officers were monitoring communities where FGM or underage marriage was common practice, and would "take legal action against anybody involved."

Kenya outlawed FGM in 2011, with practitioners punishable by a minimum three-year jail term or fine, and life imprisonment if the procedure causes death.

Apart from the intense pain itself, immediate dangers include bleeding and infection.

In the longer term, risks include infertility and complications during childbirth, sometimes resulting in the death of the baby.

Earlier this month UN chief Ban Ki-moon launched a global campaign in Kenya to end FGM within a generation.

More than 125 million women have been mutilated in 29 countries in Africa and the Middle East, according to the World Health Organization (WHO), which condemns the practice as a "violation of the human rights" of women.