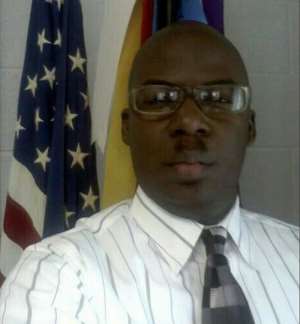 Al Smith, a former federal contractor with the US Department of Justice and a Liberian immigrant has commended US President Barack Obama for the efforts made towards curbing the spread of the deadly Ebola virus in Liberia and other affected west African countries.

The US based Security Consultant, who has also worked for the US Department of Defense and the White House Visitors' Center as a federal contractor says he is really impressed by the level of medical, professional and logistical support given Ebola affected countries by the American government and people. He feels positive affected countries like Mali, Guinea and Sierra Leone can eventually win the fight against the disease.

In a chat with this writer in Washington DC at his former work place of the White House Visitors' Center on Veterans day, Al Smith disclosed he last visited Liberia in July of 2014 where he noticed that even though the country has been calm after the civil wars of 1989-1996 and 1999-2003 respectively, post-war clouds still loomed over it. “People there are still recovering almost a decade after the wars ended so it is very heartbreaking to see what Ebola is doing in Liberia” he says.

According to Al Smith, “it is up to us as individuals to put a lot more effort into spreading awareness and living very hygienic lifestyles because Ebola is very preventable and thankfully not air borne”.

Al Smith is educated at Corinthian Colleges which include Everest College and Everest University. He holds a degree in Criminal Justice & Homeland Security and is a beneficiary of several trainings from the US Department of Criminal Justice Services and Metropolitan training Academy in keeping with the standard training requirement by the Department of Homeland Security.

In a related development, Bill Rogers, a Liberian athlete based in Texas, USA, who is also a humanitarian and founder of the Bill Rogers Youth Foundation lamented the extreme pressures Ebola is placing on the already weakened Liberian health systems. The athelete plans to be “focusing my energies now into helping my people recover from the stress, trauma, stigma and stereotyping caused by Ebola through my relief efforts and counseling”.

Bill Rogers is working through his foundation to establish solid rehabilitation for Ebola survivors and their families. He was full of praises for Cuba, China and other nations currently providing support and personnel in west Africa to combat the disease.

There are and have always been bigger issues in these Ebola hit west African nations says Rogers, which is why it is sad that it has taken this disease to bring to light problems like poor infrastructure, poverty, government mismanagement, corruption and greed.

In November 2014, the World Health Organization (WHO) and governments of respective countries placed at 13,592 the number of suspected cases with 5,408 deaths recorded as a result of the 2014 Ebola outbreak. WHO has warned that there could be as many as 10,000 new Ebola cases per week by December 2014.

Both men encouraged Liberians and people worldwide to continue doing their part in supporting ongoing efforts to defeat the deadly disease to avoid the scary predictions of the from WHO becoming reality.