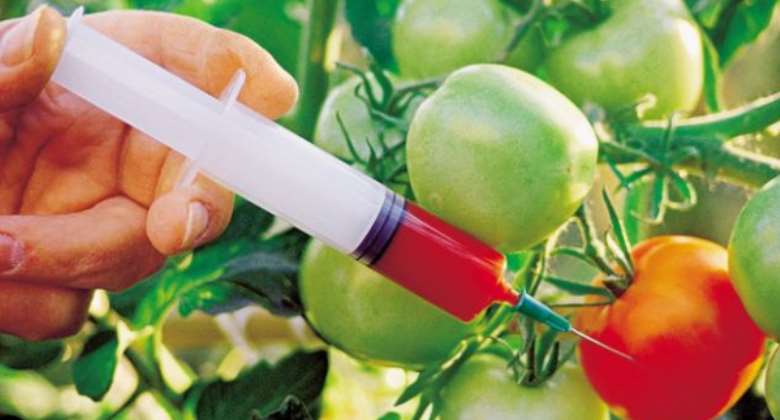 The much-touted continuation of the consideration of the Plant Breeders Bill (2013) was suspended yesterday after the Speaker of Parliament Edward Doa Adjaho pleaded for more time to discuss concerns of sections of civil society.

The Business Committee, chaired by the Majority leader, Alban Bagbin, had penciled the consideration of the Plant Breeders Bill (2013) for Tuesday after it was previously suspended following outcry by members of civil society groups and members of the public who consequently petitioned leadership of parliament to abort the consideration of the bill because of its serious implication for Ghanaians and the general society.

After those petitions, the speaker tasked the Constitutional and Legal Affairs Committee of Parliament which was then chaired by current Majority leader to meet the concerned groups and see how they could factor the petitioners' concerns into the bill.

The Majority Leader however told parliament yesterday that the petitioners did not understand the intricacies of the bill well and after meetings with them they came to appreciate the need for the bill to be introduced, adding that the petitioners rather called for some amendments to bill.

'When we met the petitioners, they understood all that the bill stands for but rather provided some amendments to the bill as part of information to assist the House for consideration of the bill,” the Majority Leader said.

Hon Edward Doe Adjaho, for his part, said there was the need for broad consultations since more petitions had been received on the bill.

However, the Petroleum Exploration and Production Bill (2014) and the Ghana International Trade Commission Bill (2014) were read for the first time in parliament yesterday.

Meanwhile, the Attorney-General and Minister for Justice, Marietta Brew-Oppong, who was supposed to answer a question by the New Patriotic Party (NPP) Member of Parliament for Effiduase/Asokore, Frank Boakye Agyen, could not appear before the House because she had not been fully apprised with information on the question.

The NPP MP had wanted to know from the Attorney-General and Minister for Justice if there were any plans to upgrade the professional, academic and hierarchical status of career magistrates but the minister, through a correspondence, said she did not receive the answer from the Judicial Service after forwarding the question to them.

He stressed the need for the legislature to treat the Judicial Service as an independent body like the Electoral Commission.

Sitting continues today with motions on the Intestate Succession Bill (2013) and the Conduct of Public Officers Bill (2013) to be moved by the Attorney-General and Minister for Justice.

The Minister of Local Government and Rural Development, Julius Debrah, would also appear before the House to answer a question as to when the indebtedness of the Ghana School Feeding Programme to caterers nationwide would be settled.

He is expected to answer questions on plans made by the Ministry to make the Centre for Urban Transportation operational.

The Member of Parliament (MP) for Nsawam/Adoagyiri would also question the Minister for Transport about the rehabilitation of the Accra-Nsawam Railway line.