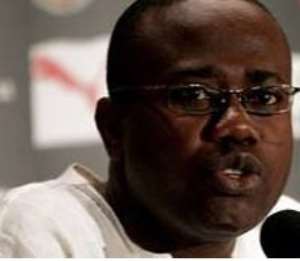 The Confederation of African Football (CAF) could postpone the AFCON 2015, if no country expresses interest in hosting the event, following Morocco's decision to pull out.

The North Africans had requested a rescheduling of the tournament because of fears over the Ebola outbreak. CAF refused the request and set a deadline of November 8 for Morocco to confirm they would host the tournament. Morocco eventually declined the hosting right.

The deadline was also given to countries who may want to step in as replacement hosts. Now it is not certain if any country has expressed interest in rescuing CAF who will make a final decision on the tournament tomorrow.

“The executive committee of CAF will be meeting on Tuesday. The agenda includes a long list of items to be discussed and I believe what may interest you is the decision on the next host of the AFCON 2015, following news that Morocco has decided to pull out as host for the tournament,' said Ghana FA president Kwasi Nyantakyi who doubles as a member of the Executive committee of CAF.

A judgement on the future of the 2015 tournament is set to be made on 11 November when CAF has an executive committee meeting in Cairo.