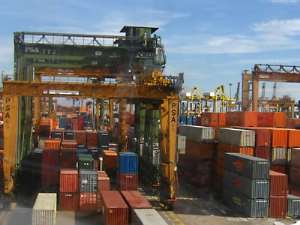 The five Members of Parliament (MPs), who are against restriction on further expansion of oil and gas facilities at the Takoradi Port in the Western Region, say the move has nothing to do with the Atuabo Freeport.

A Secondi High Court recently ruled in favour of the state in respect of an application filed by five MPs against the restriction in the contracts.

Weeks after the ruling, the five MPs, in a letter dated November 6, 2014 to Lonrho Ports, the British company that is expected to develop an Oil and Gas Freeport at Atuabo in the Region, cleared the air.

The letter signed by Kwabena Okyere Darko said, 'As you well know, the matter we put before the Sekondi High Court, which matter we have again put before the Appeal Court, has nothing to do with the Atuabo Freeport.'

According to the MPs, they want the Appeal Court to rule on the restriction imposed on the expansion of oil and gas facilities at the Takoradi Port, insisting that 'there is no controversy over the Atuabo Freeport.'

It said many Ghanaians are anxious to see investors invest in the country to expand the economy and create jobs.

The letter stated that Ghanaians, especially those in the Atuabo area, want to see Lonrho Ports begin work on the Atuabo Freeport, adding that 'we respectfully urge you to do so without further delay.'

The five MPs said they were determined to fight to remove the restriction in the contract.

It would be recalled that Parliament recently approved a loan of â‚¬197 million for the expansion of the oil and gas facilities at the Takoradi Port.

GPHA is again securing another US$400 million to support the expansion programme.

In respect of this, the letter maintained that imposing the said restriction on the Port would make it impossible for GPHA to repay these loans.

'This will collapse the Port, render its workers jobless and create many socio-economic problems for the entire Sekondi-Takoradi, Shama and Ahanta areas,' it said.

The letter said 'indeed, tying the hands of Takoradi Port just so that a foreign company such as yours can maximise your profits within the shortest possible time is wrong, especially so when the restriction offends the GPHA Act.'