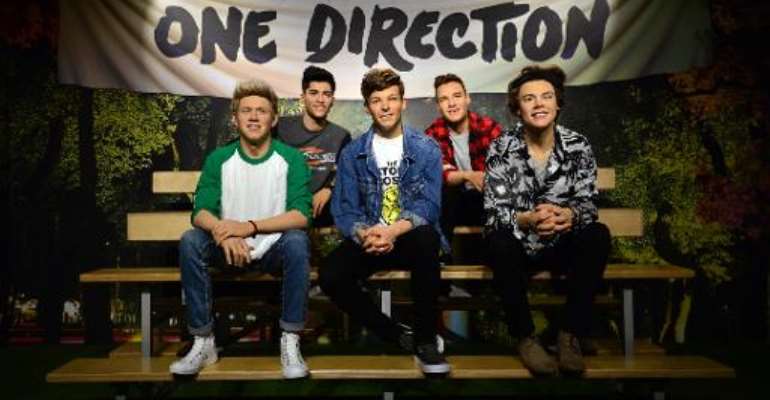 Madame Tussauds waxwork figures of One Direction, who will appear on the new Band Aid single. By Carl Court (AFP)

London (AFP) - Bob Geldof and Midge Ure on Monday announced a 30th anniversary version of their Band Aid charity single "Do They Know It's Christmas?" to raise money to fight Ebola.

Artists including One Direction, Bono and Chris Martin are among those lined up to appear on the fourth incarnation of the song, which became one of the world's biggest-selling singles ever after its release in 1984 to raise funds for famine relief in Ethiopia.

"This is a particularly pernicious illness because it renders humans untouchable and that is sickening," Geldof said of the Ebola virus at a press conference in London.

"Mothers can't comfort their children in their dying hours. Lovers can't cradle each other. Wives can't hold their husbands' hands. People are chased down the streets because of it -- and it could come our way."

The Irish rocker-turned-activist said he had been spurred into action not out of nostalgia but by a call from the United Nations three weeks ago.

The Ebola outbreak in west Africa has claimed almost 5,000 lives, according to the World Health Organization -- almost all in Liberia, Guinea and Sierra Leone -- while the number of cases registered worldwide has soared to more than 13,000.

The vocals will be recorded at on Saturday at Sarm Studios in west London, just as on the original recording.

The single will be available for download on November 17, with physical copies three weeks later.

Geldof said there would also be French, German and US versions featuring artists from those countries.