Sharing The Economy: Bridging The Gap Between Income Inequality In Africa 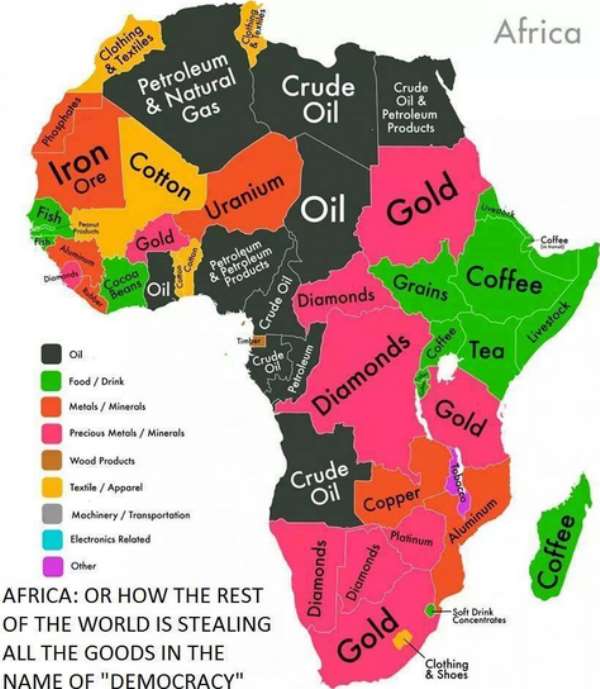 One of the major economic happenings bedevilling the global community in the twenty century is the rising inequality gap between the poor and the rich.

Income inequality has increased in both advanced and developing economies in recent decades. Increasing inequality has been attributed to a range of factors, including the globalization and liberalization of factor and product markets; skill-biased technological change; increases in labour force participation by low-skilled workers; declining top marginal income tax rates; increasing bargaining power of high earners; and the growing share of high-income couples and single-parent households (OECD, 2008; Alvaredo and others, 2013; Hoeller, Joumard, and Koske, 2014). Many of these developments have had beneficial effects on growth and poverty reduction both nationally and globally (Chen and Ravallion, 2010; Milanovic, 2012)

There is growing evidence that high income inequality can be detrimental to achieving macroeconomic stability and growth. Recent empirical work finds that high levels of inequality are harmful for the pace and sustainability of growth (Ostry, Berg, and Tsangarides,forthcoming). Others have argued that rising inequality may have been an important contributingfactor to the global financial crisis in 2008.

In addition to Africa being one of the poorest regions in the world, the continent is also the WORLD'S SECOND MOST INEQUITABLE region after Latin America. Inequalities have not diminished over time. In 2010, six out of the 10 most unequal countries worldwide were in Sub-Saharan Africa, and more specifically in Southern Africa.

The last decade has been described as the African decade, with most countries in Africa growing at a robust rate and fairly faster than most countries in other parts of the world. The economic fundamentals are clearly in favour of Africa with the continents GDP growth from 2014 to 2015 projected to grow at an average of 5% with some individual countries projected to grow in double digits. The potential, the capacity; the zeal and the robust economic posture as well as steadier exchange rates, robust commodity prices, increased private capital flows and modest inflation could all be associated with Africa, something which would not have been possible to do just about two decades ago. Africa has got a very good fiscal story with debt to GDP ratios at the sovereign level which are nowhere near the burden of what is seen in Europe, America and other parts of the world. Africa's trade with the rest of the world has also increased.

The gap
Contrary to what an economic growth normally does, by creating jobs and reducing poverty, the same could not be told of what is happening to Africa's decade of robust growth.Income inequality is now rising to be a major challenge to Africa. Interestingly, the gap between the rich and the poor are widening. There is a concentration of growth benefits at a tiny side of most economies whiles majority are left to rot in poverty. This economic prosperity has also been largely jobless and therefore associated with increasing unemployment especially among African youth. In addition, this growth has left out many already disadvantaged groups such as rural communities, women, traditionally marginalized people, etc. In short, the economic prosperity in Africa has not been inclusive enough.

As stated by Mr. Kofi Annan, Chairman of the Africa Progress Panel, “It cannot be said often enough, that overall progress remains too slow and too uneven; that too many Africans remain caught in downward spirals of poverty, insecurity and marginalisation; that too few people benefit from the continent's growth trend and rising geo-strategic importance; that too much of Africa's enormous resource wealth remains in the hands of narrow elites and, increasingly, foreign investors without being turned into tangible benefits for its people”.

Bridging the gap
According to the evidence gathered in a report by Tax Justice Network and Christian Aid – February 2014, “shows that increasing income inequality should be of huge concern to governments in at least six out of the eight countries – Ghana, Nigeria, South Africa, Zambia, Kenya and Malawi. In Ghana and Nigeria, income inequality is rising strongly. In Nigeria, between 1986 and 2010, there has been a 75% increase in the concentration of income in the country. In Ghana there has been a 50% increase in the concentration of income over an 18-year period. In Zambia income inequality is now at its highest levels since data was collected. South Africa has one of the highest levels of inequality in the world and one which keeps increasing. The sharp rise in the incomes of the richest 5% is driving the increase at the top end”.

Because poverty and inequality are so intimately linked, predictable and sound macroeconomic policy frameworks that are supportive of inclusive growth, private sector development, employment, and value addition, are essential for Africa's economic transformation and sustainable development.

Doing this requires growth with equity. Economic growth is vital but not sufficient to reduce poverty. It requires policies to support it to advance the reduction of poverty on the continent. This can be manifested in policies to boost agricultural production, quality education, private sector involvement and improvement, addressing gender and regional disparities and improving the investment climate.

Again, bridging the gap between rising income inequality in Africa requires a high level of political commitment. There is the need for a political will and political stability before all policies to achieve income equality by countries across the continent is realized. There must also be the framework to increase institutional capacity on the continent. This will help to breed effectiveness and efficiency at the various institutions tasked to ensure the attainment of equal economy.