Issues Ghana's Minister Of Finance Must Consider For 2015 Budget 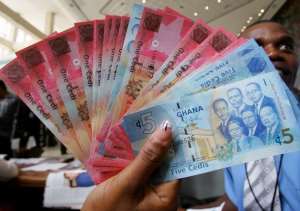 Folks, I am in New York and London this week for speaking events.

There is clause that could add additional 6 months only when it can be demonstrated that there has been fiscal responsibility by the government. I doubt there has been much of fiscal prudence to warrant extended taxes on businesses that are already suffocating.

1.. GNPC's $1.2bn loan
In the face of the raging controversy over the state-owned Ghana National Petroleum Company's attempt to secure a $1.2bn loan for cloudy exploration projects without Parliamentary approval, it would be important for the Finance Minister to step in and stop the deal not only because it by bypasses parliament, but for the simple reason that the GNPC has a problem with prudent spending and accounting. Government must review allocations to GNPC based on their capacity-efficiency to spend the money they get yearly; further reduce it below the 30% percent they currently get. Two issues: (a) Money sitting on their accounts unspent; (b) unaccounted and inefficient expenditure (e.g. BNP Paribas got a $30M facility unaccounted and attempts to build large offices which Parliament kicked against)

2.. 225% Excise Tax on Tobacco
The Ministry of Finance has given its approval for a further imposition of 50% of excise tax on the retail price of tobacco product taking the total excise tax on tobacco to 225% in Ghana. The 225% tax being contemplated exceeds the ECOWAS regulated 100% limit on the Cost, Insurance and Freight (CIF) value.

IMANI highlighted last year that the UK government lost close to £2billion after bringing in stricter laws to curb the uptake of cigarettes. However, if taxes on tobacco become too restrictive on industry, it will lead to a growing underground economy for tobacco products that may be counterfeits. A 225% tax on tobacco in Ghana will expose the country to illicit trade in tobacco products seeing as the excise rates in its neighbouring countries such Togo, Burkina Faso and Cote D'Ivoire are within the UEMOA limit of 45% and are much lower than Ghana's. It will defeat all our public health campaigns as one cannot guarantee the contents of illicit tobacco. Tobacco industries play a major role in African economies as far as their tax contributions are concerned and thus their inputs in these discussions must be encouraged. Currently, the tobacco industry in Ghana generates a gross turnover of about GH₵ 371 million per annum to Government revenue. And this is case when cigarettes are not manufactured locally, but imported. If tobacco were an illegal product such horrendous taxes will be understood but Ghanaian laws have not banned tobacco.

o Get the national accounting system (GIFMIS) working. And fast-track (BOOST) the creation of an open database of all the projects funded.

o Demand a more aggressive implementation of OGP Action Plan and the publishing of citizen's budget, pre-budget statement, and End of Year report which would improve citizen's access to budget information and GOG's OBI ranking.

o Get broader national representation on boards of public institutions – the current set up rewards political allies (e.g. at Pensions Management, lots of misappropriations of pension funds) and fuels mismanagement and corruption. Leaders with integrity from CSOs and reps of professional associations are better choices.

o Fast track establishing a Budget Office in Parliament; and get this office involved in budget preparation and budget compliance.

o Establish a Law on Mineral Revenues similar in principles to the Petroleum Revenues Law so that mineral and forestry is included –thus improving natural resource revenue management.

o On the medium term:
Create a Fiscal Responsibility Law (there is a draft bill by the bank of Ghana): Before the 2016 budget process discussions commence, the GOG should have approved a fiscal responsibility law.

4.. Reigning over spending:
o Declare a moratorium on all the current projects. The government should list all the project they are currently funding and submit them to a “Value for Money” review; value for money audits shouldn't take more than 3 months to be completed.

o Do an immediate compilation of all fiscal responsibility related rules in existing legislation; and ask GOG to comply with them in order to control borrowing and expenditure.

o Fast-track the passage of an Access to Information Law, but first resolve all outstanding issues raised by CSOs concerning the current draft.

5.. Increasing revenues:
o Make completion of Ghana's infrastructure gas project a top priority to reduce the import bill on petroleum and through that reduce the pressure of power generation costs over budget.

Government's mandate for an increase in the termination rate for incoming international calls to $0.19 per minute, has priced the local telcos out of the market. The implications of this fixed $0.01 per minute is that, the interconnect carrier prefers to route international calls to Ghana through the simbox operators than through the telcos who are mandated to charge $0.19 per minute. This presents a more profitable option for the interconnect carrier and in the case of the simbox operators, all proceeds are withheld, causing financial loss to both the established telcos and the government of Ghana; a lose-lose situation. Compared to Nigeria, cost of calling Ghana from the UK is up 200% higher which negatively impacts regional integration. Furthermore, research shows that as at 2011, number of minutes from the US to Ghana declined 48%. [Source: US Telecoms Trade Agreements 2013].

We recommend a reduction or complete erosion of the arbitrage to discourage the practice of simboxing. This is supported by data which shows that the practice of simboxing does not exist in countries with zero arbitrage. Additionally, government should invest and resort to independent and more cost effective audits of operators traffic recording systems. Doing so will direct revenue through legitimate pathways where operators duly pay taxes to the government.

2. Imposition of a 20% tax on imported mobile devices

The imposition of a 20% tax on imported mobile devices has shot up the prices of these devices. Given that mobile phone penetration has a direct relationship with economic development, this 20% tax imposition is harmful to the country's development. Estimates show that whereas voice communication is near saturation, data penetration is at a mere 15%. As such, telcos will be shifting more towards data penetration as a means of boosting revenue. And for that smart phones are necessary. It should be clear, for any forward thinking government to realize that, this tax will hamper the growth opportunity and data penetration potential estimated to increase by a multiple of 6.3 between 2013 and 2018. The removal of the 20% tax will enhance affordability of the smart phones, facilitating its penetration and consequent economic development and poverty alleviation gains associated with it.

It should be noted that operator revenues are easily verifiable without electronic monitoring and as such are an unnecessary and avoidable cost borne by the regulator.

IMANI believes that, the telcos represents a great potential for both the industry and government and proper dialogues and consensus between the two parties will facilitate the interests of both parties. IMANI hopes for enhanced knowledge on the practice of simboxing because presently, current policies actually facilitate simboxing. Furthermore, we hope for an increased understanding of the counterproductive nature of taxes labeled on mobile devices as well as the electronic monitoring system adopted by the regulator.

What the World Bank says of IMANI