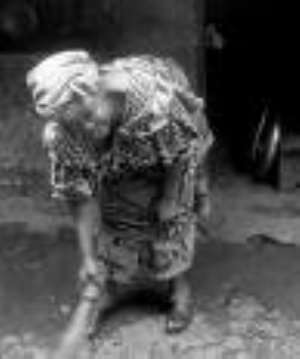 Almost every Ghanaian has a reason to be happy because Ghana is relatively peaceful, free from major upheavals and apart from cholera is yet to record the scary Ebola. However we must be realistic by trying to find out what time it is…….. Want to know the reason? All is not well with the nation and some of its people who are hurting from within. We blamed past governments for throwing us into darkness from power cuts. Yet this canker has refused to go away as it persists daily. With the “epileptic” power cuts in the cities and towns, majority of Ghanaians are confused, not in a position to plan for and follow through their domestic and industrial activities. Some people have vowed to go for attires from “wash and wear” silky fabrics that need no ironing to be able to wear to work, offices and functions at all times, power cuts or not. for those using electric blenders, Cooking is a nightmare as most people do not know whether or not to go back to the use of abandoned methods of blending vegetables on stones and mortars and (“Ayiwa”) clay pots during long period of power cuts. As indicated earlier, Unannounced Power cuts by the Electricity Company of Ghana (ECG) occurs quite often leading to sudden interruptions to operations of many folks in homes and offices. The power cuts don't seem to follow the planned power cuts announced by the ECG. Worse still, promises by the Ghana Gas Company to produce abundant liquefied petroleum gas from Atuabo in the Western Region to ensure steady supply of power and reduction in the cost of producing electricity in Ghana remains a mirage, for it remains only a promise yet to be fulfilled. The Ordinary Ghanaian doesn't understand the technicalities being bandied around by Dr Sipa Yankey, Chief Executive Officer of Ghana Gas Company in “big English” regarding the delay in getting gas to flow. Apart from reports in the media regarding some major imported equipment meant for the gas project falling off a ship in high seas, the Ghana gas has been carrying out tests on the gas flow for many months with no end in sight. What the ordinary people are saying is simple, where is the “Atuabo gas” whose production is long overdue. Where is the cheap electricity only good enough to make things work for us?

Perhaps what must be drummed home to the authorities is that as known to them, the situation has led to many industries closing down completely while others have to cut down on their production levels, cutting down the number of workers on their pay rolls. This indeed has multiple effects on the employees of these companies who would find it difficult to earn enough money to feed their families, let alone be able to support their children to go to school. Although the gas expected from Ghana gas alone cannot be sufficient to satisfy the needs of the nation as a whole and its industries, it would go a long way to get us going and to attract investors to come in to set up industries and other businesses.

OUR LANDS, NO LONGER FOR US?
Another issue that must be of great concern to us in Ghana is the speedy sale of lands in prime areas of Accra, Takoradi and others regional capitals to foreigners who are turning them into sophisticated high rise buildings being rented out to Ghanaians and foreign firms. Previous governments were accused of selling portions of these lands to themselves and others. Where are those socialists and social democrats who accused previous governments of this crime? Are they no longer vocal to pursue those involved in these iniquities? They must let us know what is on their minds about the thorny land issues. Ordinarily there is nothing wrong with Accra being developed into a city of many high rise buildings. That is likely to paint a good picture of the nation to the outside world as a tourist center and destination for investment. But what we need to do is to make sure Ghanaians are not short changed in this property development exercises being carried out with supersonic speed. The authorities must do well to avoid the lands belonging to poor folks and stool clans being sold at “give away” prices to people other than Ghanaians. Our fear is that these people are likely to use the properties as bargaining chips to seek loans to develop the lands and create empires for themselves. Instead of giving the lands out as leaseholds for a while these money bags could become multi billionaires who as land lords in prime areas would dominate us. The question begging for an answer is how long should we allow foreigners to dwell on Ghanaian lands turning them to their properties forever? Let us check this to avoid another Ghanaian generation creating problems by coming to drive the foreigners out of the lands currently being occupied by them.

OUR PRESIDENTS AND FOREIGN TRIPS
As a nation with pressure of work on our presidency, president Mahama is said to be travelling more and more than all past presidents. While his critics say he has surpassed president Kufuor in taking advantage of numerous invitations extended to him to fly out, those close to him say his travels are in order and beneficial to the nation and its people. Without a stretch of imagination one can point to some visible benefits the entire sub region would derive from the moves by president Mahama (the current Chairman of the authority of ECOWAS) in finding ways of dealing with the Ebola scare in the West Africa Sub Region. He had whistle stops in Burkina Faso and other nations when Blasé Campaore was recently ousted followed by a full day's meeting on Burkina Faso situation and Ebola in Accra. One cannot count the number of his trips to Dubai, Brazil, south Africa, London the United States of America and some European countries. However we can mention the ongoing Kwame Nkrumah Circle exchange project, the continuation of work on the Bui Dam and the Ghana gas project as a few of the projects emanating from his travels . In much the same way President Kufuor went on similar journeys to broker peace and pursue loans to begin the Bui Dam, build new stadia in Tamale and Sekondi and refurbish two existing ones in Accra and Kumasi and reconstruct the Accra, Koforidua road into a dual carriage through Aburi to a high standard. A look at the achievements of the two leaders, Kufuor and Mahama, seems to vindicate them to a large extent. No wonder that all those who opposed the trips by President Kufuor have apologized to him for wrongly criticizing him. In much the same vein we must spare president Mahama any blame for travelling on the ticket of the nation. Under the 1992 constitution a president is required to exercise his powers as executive president from whom all government projects programs and policies emanate. The current president is not doing anything different as done by the previous presidents. As head of executive arm of government he is responsible for reaching agreements with the countries donors and banks for loans. In so doing he has to travel sometimes. In trying to accuse the presidents for excessive travels we might be wrong. The first president Dr Kwame Nkrumah who became executive president in 1960 when Ghana became a republic , had to travel and use resources from our foreign partners including the United States to build the Akosombo Dam, the Tema Motorway, Kwame Nkrumah University Science and technology to mention but a few. Dr Kofi Abrefa Busia and Dr Hilla Liman whose governments were truncated after only two years in office each also did well to plant the seed of true democracy tolerance, rural development and agricultural development in their terms of office. In all these presidents had to use experiences of other nations to develop the Ghana. No one can quantify their contributions in cash terms but we are living the values in the projects tangible and intangible they bequeathed to us in all we do. However if the foreign travels by our presidents under the current dispensation is worrisome to us we must do something about it. The nation must relook at the constitution that grants unlimited powers to the president to travel on any trip. We should also look at the expenditure on those travels as against the benefits to the state. This can be done if the travels are audited and given consideration to determine their benefit to the nation as against their expenditure. Before then there is nothing we can do except to pray for the presidents to live up to expectation by going on trips that are absolutely necessary to bolster our economy.