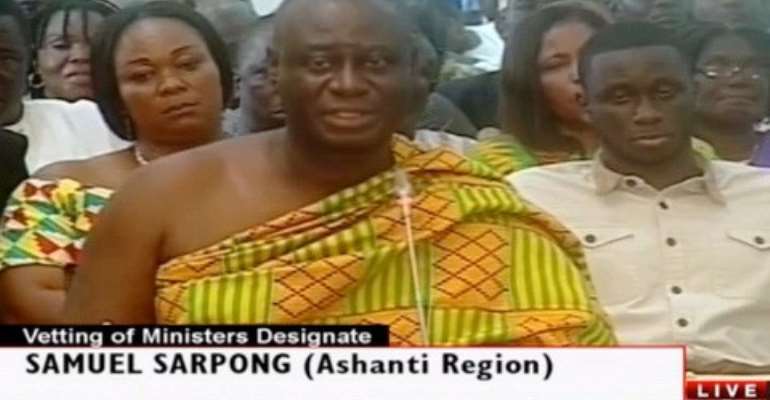 Some members of the Metropolitan Assembly have been accusing Mr. Sarpong of employing 'different tactics' to frustrate the mayor.

Matters got to a head when the regional minister assumed oversight responsibility for the assembly after Mr. Bonsu went on leave.

Dr. Sarpong on Monday spearheaded a decongestion exercise in the absence of the Mayor but the assembly members say the exercise was without the approval of the general assembly.

The agitated assembly members are therefore questioning the motives for the exercise, which they claim was in breach of assembly's by-laws.

Member for Kwadaso North, Eric Assibey, tells Nhyira FM's Kro yi mu Nsem, Dr. Sarpong's action was a waste of the assembly's resources as traders have returned to the streets, three days after the exercise.

“The mayor had no basis usurping the mayor's authority to organize decongestion exercises,” he said.

According to him, no notice was given to the traders to evacuate the place or provision made for an alternative place to move them to.

Dr. Sarpong, however, described the accusations as “baseless” and an attempt to rather cripple the assembly's operations.

He said he sought the consent of Mr. Bonsu before the exercise.

Dr. Sarpong warned he will deal ruthlessly with the assembly members if they attempt to pitch him against the mayor.

“I have no squabbles with Kojo Bonsu and, therefore, let me warn those boys on any attempt to create such impression…we are in the same government and serving one person so why should l sabotage Kojo Bonsu?” he asked.