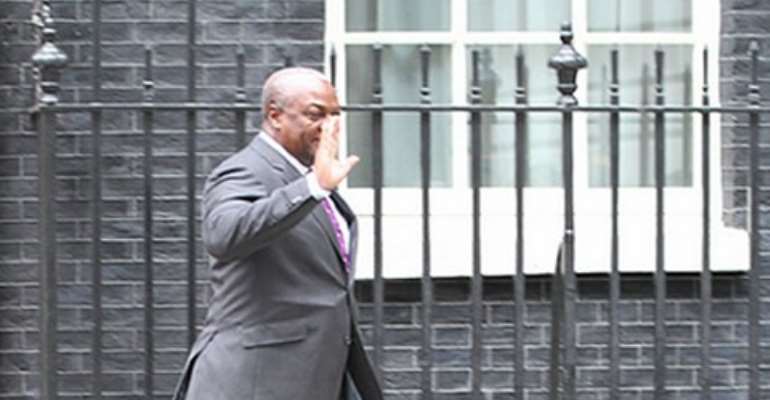 President John Mahama will leave Accra at the weekend for the Vatican City on an official visit.

Joy News' Elton John Brobbey reported this from Parliament where official notice was sent and read to members by the Speaker, Edward Doe Adjaho, Thursday.

Elton said the Speaker announced to the House that President Mahama will leave Accra on Sunday and return on Tuesday, November 11, 2014.

The Vatican City is the smallest internationally recognized independent state in the world by both area and population.

The state is ruled by the Bishop of Rome—the Pope.

The president's itinerary was not stated in the notice.

Still in Parliament, the Committee on Employment, Social Welfare and State has met to find a solution to the impasse between the government and the labour unions over the management of their Tier Two pension funds.

The workers on Wednesday called off a week-long strike but threatened to resume if government does not return to the negotiation table in one week.

The meeting by Parliament's Committee on Employment has been triggered by the workers' threat to resume the strike.

The unions say government is showing bad faith by stalling the negotiations.