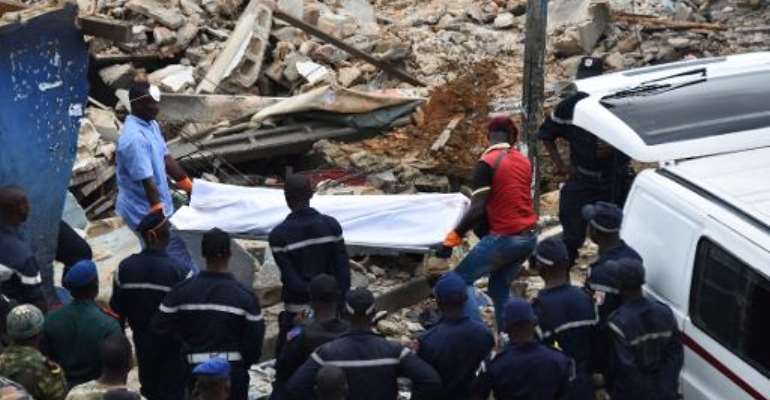 Rescuers carry the body of a man after a building collapsed during demolition work on November 5, 2014 in the Attecoube neighbourhood of Abidjan. By Sia Kambou (AFP)

The accident took place on Wednesday at Attecoube, a working-class district of the port city, when 20 workers demolishing a four-storey building that had been condemned as unsafe collapsed on them.

"At least eight bodies were taken from the rubble during the search which lasted all night," said Attecoube municipal official Theodore Koffi.

Nine people were rescued by emergency workers of whom one was described to be in a serious condition.

The west African country, the world's top cocoa producer for decades, was an oasis of peace and prosperity in restive west Africa until a low-level civil war in 2002 split the nation in two.

The country is slowly emerging from the effects of the conflicts which had a huge impact on the economy.