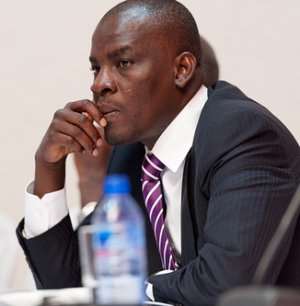 Haruna Iddrisu
Public service workers protesting the poor handling of their tier two pension scheme are angry at government's decision to release data of all public sector workers to the Pension Trust Alliance.

The employees are however kicking against the decision.

They claim the move by government is illegal and smacks of bad faith.

'We were thinking Hon Haruna was negotiating with us in good faith as it is in the law but not knowing they have already transferred data of staff to Pension Alliance Trust. This is serious, it means, all along Hon Haruna has not been truthful to us…'

The workers on Tuesday,  suspended their two week old strike following a court order , asking them to resume work.

They however gave government terms and conditions to meet the deadline.

The unions said 'if by one week from today, the dispute is not resolved, we shall resume the strike.'