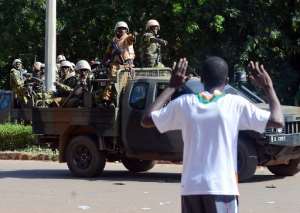 Ouagadougou (AFP) - The head of the party of ousted Burkina Faso president Blaise Compaore has been arrested, security sources told AFP on Wednesday.

Assimi Kouanda was called in by military police "after making statements that can disrupt public order and had called for demonstrations," an officer told AFP. The politician was subsequently arrested, said another security source.