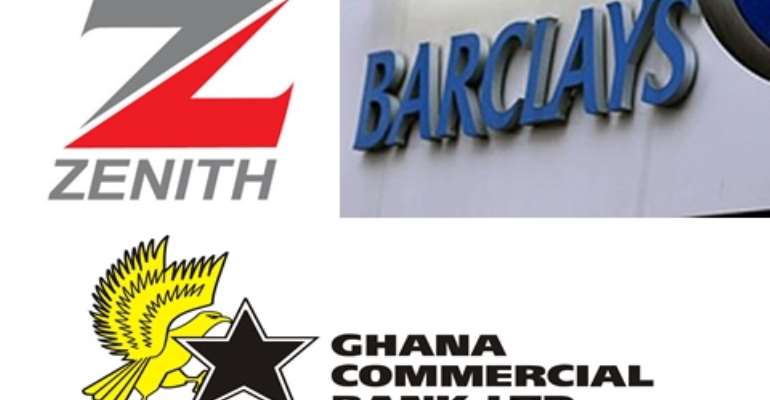 Banks in Ghana are on course to achieving another record for the 2014 fiscal year following impressive third quarter results.

This is not very surprising because of the high interest regime in Ghana though good for banks but unfavorable to the Ghanaian economy.

With only two months more to end the year, Ghana's biggest indigenous bank and second biggest bank, GCB recorded a sterling 53.78 percent profit to GHc205.38 million at the end of September 2014.

According to its unaudited financial results, the bank's interest income from both loans and investments grew from GHc396.4 million a year before to GHc497.7 million at the end of September 2014.

Its balance sheet also remained strong as deposits hit GHc2.7 billion during the first nine months of this year compared to GHc2.3 billion Cedis in September 2013. At the same time, loans and advances also grew from GHc942.84 million to GHc.27 billion Cedis at the end of the third quarter.

Another indigenous bank, CAL also saw its income going up by 59.2 percent to GHc103.27 million Cedis during the first nine months of this year.

It achieved GHc37 million from fees and commission at the end of September 2014, compared with GHc22million a year before.

Customer deposits also shot up from GHc742 million a year before to GHc926 million in the first nine months of 2014.

Ghana's third largest bank, Stanchart also grew its profit by 33 percent at the end of the third quarter of 2014 to GHc197.59 million.