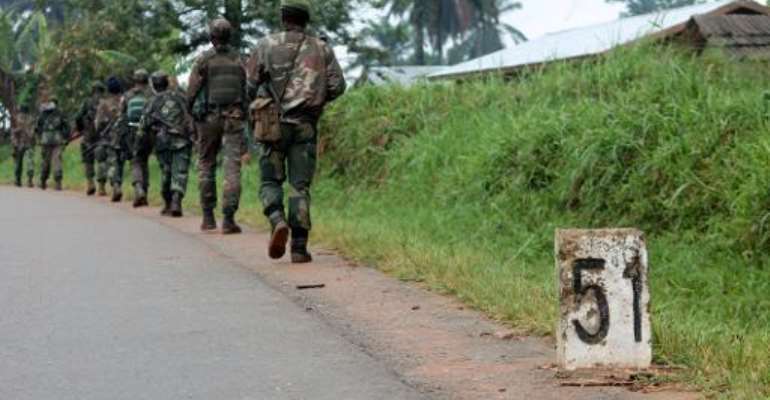 Democratic Republic of Congo soldiers march on December 31, 2013 in Eringeti towards the front line in Beni to fight against the Allied Democratic Forces. By Alain Wandimoyi (AFP/File)

Kinshasa (AFP) - The Congolese army clashed Monday with suspected Ugandan rebels blamed for two recent massacres in which some 40 people died in the volatile east of the Democratic Republic of Congo, an official said.

"There was contact today with rebels of the ADF (Allied Democratic Forces) on the outskirts of the town of Beni, inside the Virunga National Park," the governor of the troubled North Kivu province Julien Paluku told AFP, saying that a hostage had also been freed.