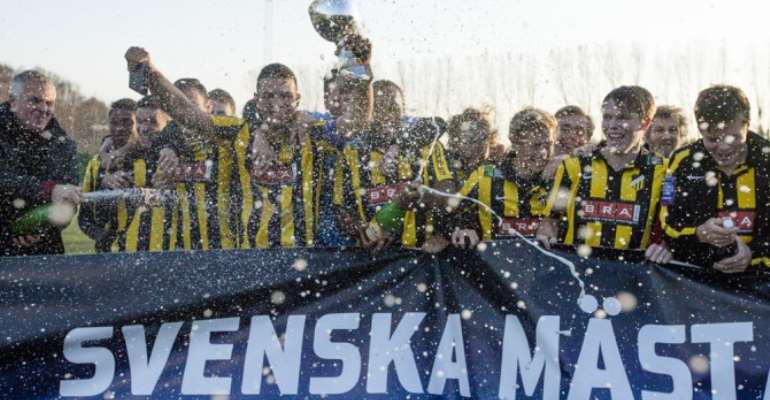 Though the 17-year-old was limited to the bench while Hacken defeated Brommapojkarna 5-3 in an entertaining encounter, he had played a pivotal role for the Young Yellow and Blacks with his goals.

During the season, Haris netted as many as 18 goals to help Hacken in their campaign and is regarded as one of the club's most important young players.

Ex-Ghana U17 captain Nasiru Mohammed who is in the club's first team squad spoke high of the teenager.

“He's a good striker. He's got the talent to play. He was raise here and has won the U18 League with the team,” he told GHANAsoccernet.com.

Though he is just 18, he could break into the Hacken squad for next season.