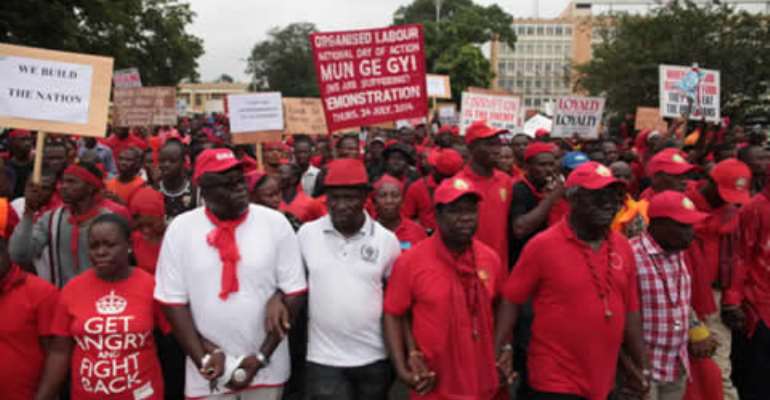 The leadership of organized labour says it is undaunted by the court order directing them to call off their two-week strike and return to work.

General Secretary of the Ghana Medical Association (GMA), Dr. Justice Yankson says although they are prepared to abide by the order, they will use every available means to fight for what is due them.

An Accra High Court on Friday, October 31, granted an ex-parte application filed by government and ordered public sector workers across the country to call off their strike and return to work immediately.

The two-week-old strike has brought partial or complete shutdown of most public institutions in the country.

Speaking on Newsfile on Joy FM Saturday, November 1, 2014, Dr. Justice Yankson said they will study the ruling “and if we also need to go back to court we will definitely do that”.

“For us it [injunction] is not a big deal. We have indicated to government that we are not afraid of the court system,” he told host, Samson Lardy Ayenini.

Head of the Political Science Department of the Kwame Nkrumah University of Science and Technology, Dr. Richard Amoako Baah says the situation could get murkier despite the fact that the government “has scored some points” at the court against the labour unions.

He said the workers could “go back and come more embittered” if the real issues leading to the strike continued to be left unresolved. Story by Ghana | Myjoyonline.com | Jerry Tsatro Mordy | [email protected]