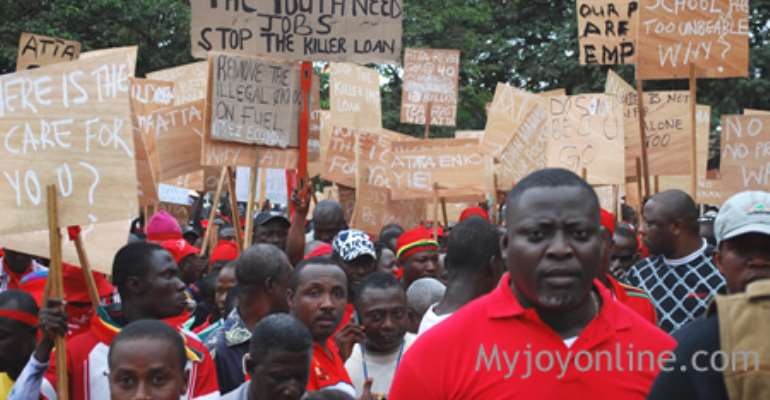 An Accra circuit court, presided over by Francis Obiri, has ordered the Alliance for Accountable Governance (AFAG) – a pressure group – to postpone its intended demonstration slated for November 6, 2014.

According to the judge, the demonstration should be postponed because the appointed date precedes the extraordinary meeting of the heads of states of the Economic Community of West African States (ECOWAS) and their representatives on Ebola.

Francis Obiri made the order yesterday after the police had moved an exparte motion in an attempt to stop AFAG from going on their demonstration on the said date.

DSP Ernest Acheampong, who moved the motion, told the court that the police were preparing to receive the various ECOWAS leaders on November 6, 2014 at the Movenpick Ambassador Hotel in Accra.

date, it would pose a security risk and prayed the court to order the pressure group not to demonstrate on the said date.

DSP Acheampong indicated however, that the police were ready to dialogue with AFAG on a suitable date and time for the demonstration.

In an affidavit in support of the motion, Chief Inspector John Acquah said he had been authorized by the Inspector General of Police to swear the

affidavit and disclosed that on October 28, 2014, AFAG sent a letter of notification that they wanted to embark on a demonstration on November 6, 2014.

According to him, the police would be receiving ECOWAS heads on an

extra-ordinary summit on Ebola and so the demonstration would pose a security risk.