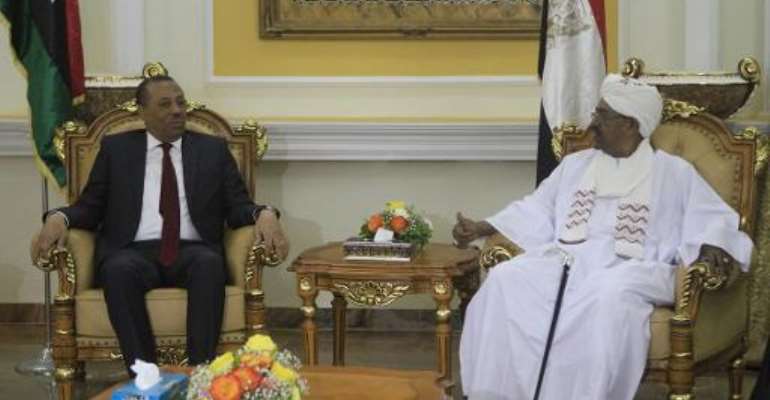 Khartoum (AFP) - Libya's internationally recognised Prime Minister Abdullah al-Thani said Wednesday he was ready to talk to rivals in the conflict-hit country if "all sides" made concessions.

Thani's government moved to the eastern city of Tobruk in August for security reasons after mostly Islamist militias seized the capital Tripoli and a rival administration was subsequently set up there.

"We open the doors of dialogue with our brothers on the condition that there be concessions from all sides," he told reporters at Khartoum airport before he left at the end of a three-day visit.

He did not spell out what concessions needed to be made.

Thani and his delegation had been holding talks with Sudanese President Omar al-Bashir and senior officials.

His government accused Khartoum of supporting "terror" groups in Libya last month after a planeload of weapons touched down in the southern town of Kufra, allegedly bound for militias in Tripoli.

Thani smoothed over the spat Wednesday, telling reporters "Khartoum will host a meeting of the neighbouring countries of Libya which will be the basis of the dialogue plan."

On Tuesday, Sudan's foreign minister said Thani had accepted his government's proposal to bring together different groups in Libya for talks to end the fighting.

Since the 2011 uprising that toppled dictator Moamer Kadhafi, Libya's central authorities have struggled to impose their authority across the vast, mostly desert nation.

Rebel groups who fought Kadhafi have largely refused to give up their weapons, and the government has failed to establish a stable regular army or professional police force.

How Slain Mfantseman MP Begged Killers To Follow Him Home Fo...
11 minutes ago