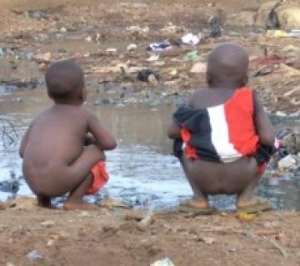 The Bawku Assembly is putting stringent measures in place to halt the spread of cholera in the municipality and its environs, Issaku Bukari, the Municipal Chief Executive (MCE), said on Friday.

Mr Bukari said the assembly had built an emergency camp to isolate all cholera patients to avoid its spread.

He told the GNA in an interview that infusions and other related medications had been distributed to all health facilities in the municipality and its environs.

Mr Bukari said radio discussions, public education and community durbars by the sanitation unit of the assembly had started to educate the people on how to avoid getting the disease.

The Municipal Chief Executive said the outbreak was as a result of poor sanitation and there would be the need for all to keep the environment clean to prevent the spread of the disease.

He called on the people to adhere to the medical safety precautions which include washing of hands regularly and complying with good eating habits.

The MCE mentioned that the area would soon be facing the hot weather season and called on all to ensure they were vaccinated against cerebro spinal meningitis (CSM).

Mrs  Azure said about 36 cases had been treated and discharged from some of the health centres and that with the effort being made by the health directorate, the municipal assembly and other stakeholders the spread of the disease would be controlled.

She called on stakeholders to expedite action in supporting the directorate since it was faced with few challenges including transportation for supervision, medications such as infusions.