Dede Djaba Clears The Air....Politicians Like Gladiators In A Boxing Arena 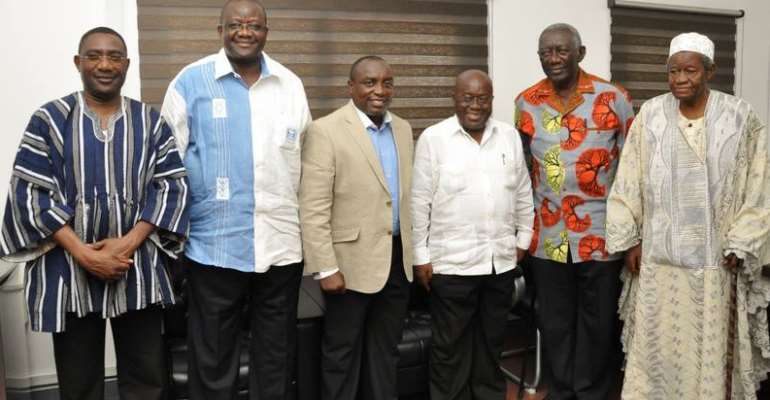 It has been brought to my attention that an article has been published on Ghanaweb dated 22 October 2014 entitled "Nana Addo will be disqualified if..."

I wish to state categorically that Ms Djaba, a respectable solicitor of the Supreme Court of England & Wales with a current practising certificate did not write that article and is not the source. Several parts of the contents have been embellished and fabricated.

The writer or source has no human name, just a website. He or she was economical with the truth. Ms Djaba's photograph was poached probably from Facebook and attached to the article which was probably designed by Osibisa Radio to cause mischief and to raise his own profile. Osibisa Radio is owned by Frank, an NDC activist in the UK.

Amansan FM Radio interviewed various NPP stalwarts, communicators and party activists. The interviews prior to the contest on 18 October 2014. This invoked a lot of the usual passion and emotion like any other party contest. The congress is over. We ask for a complete cease -fire and for the party to unite and move forward, devoid of personal insults and acrimony. Ms Djaba was a respectable member of the NPP UK constitutional review committee until this week when she was forced to resign by the Chair for reasons pertaining to the radio interviews and that publication.

Ms Djaba's half-sister, Otiko Afisah Djaba a former NDC activist who crossed carpet to NPP inadvertently published an article without speaking to her sister to ascertain the veracity of the publication on 22 October 2014. Their relationship has been fraught with sibling rivalry at the best of times. She is behind the scenes saying something very different. She knows her sister tried to defend her on Sources Radio UK which triggered a barrage of insults and abuse at both sisters. Sisters should learn to unite at a time like this. After all, blood is thicker than water.

Ms Dede Djaba subsequently visited the studios at Amansan in Saturday 18 October 2014 with a variety of drinks left over from her father's celebration of life and the one year anniversary to thank the crew the for attending.

Ms Djaba had lunch with the crew at Zen Gardens restaurant in Mikton Keynes and rendered an apology to anyone she may have slighted during the fiercely contested primaries for flag bearer of the NPP.

I reiterate that the so-called article by Osibisa Radio is full of lies, embellishment, baseless and disjointed. Ms Djaba never said e.g." That Nana Addo is a dangerous guy. " on Amansan FM UK. We therefore urge all good thinking Ghanaians in Ghana and in the Diaspora to treat the article with the contempt it deserves.