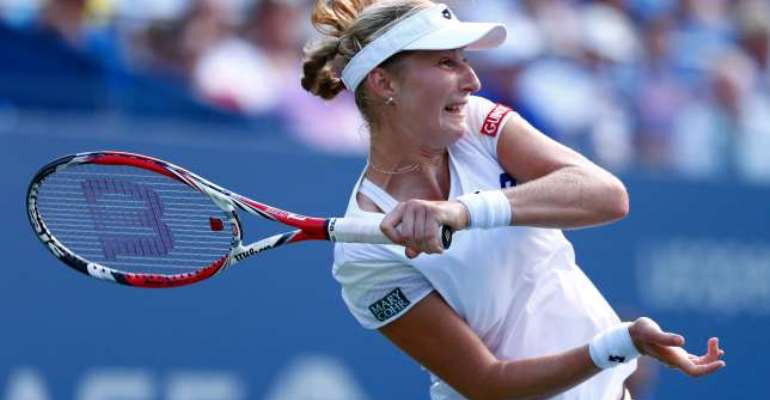 The hard-court tournament, hosted in Bulgaria for the third and final year, sees the highest-ranked tournament winners in 2014 that did not qualify for the season-ending championships participate in a $750,000 event.

Russia's Ekaterina Makarova is the highest-ranked competitor, and the left-hander is grouped alongside Italy's Flavia Pennetta, Alize Cornet of France and big-serving Spaniard Garbine Muguruza.

The fans will be right behind Pironkova, who was eligible for the tournament after winning the Sydney International as a qualifier in January.

Pironkova, whose only main-draw match wins since the US Open have come against players outside the top 100, said she felt she was in good enough form to challenge for the title on home soil.

"It will be a very interesting tournament. Everybody deserves to be in Sofia so there will be no easy matches. I feel that I am in good form and can't wait to go out on the court," Pironkova explained.

Makarova has endured some lacklustre results after reaching the US Open semi-finals in September.

The Russian most recently lost to Irina-Camelia Begu at the Kremlin Cup in Moscow, and will be eager to bounce back in Bulgaria having admitted to being emotional after the loss on home soil.

Slovakia's Cibulkova is in dire need of some wins to build confidence ahead of next season, after her blistering start to 2014 was followed by a miserable few months.

Cibulkova made her maiden grand slam final at Melbourne Park, and followed it up with some deep tournament runs - including a victory in Acapulco that qualified her for Sofia.

But her past 14 tournaments have produced 10 first-up losses, leaving Cibulkova desperate for a confidence-boosting run in the round-robin phase - which at least guarantees her three matches against quality opposition.