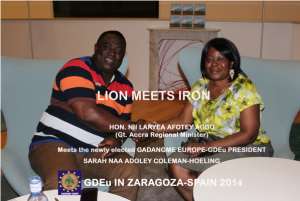 At the 10th Gadangme Europe (GDEu) Annual Conference in Zaragoza- Spain, on 17th October 2014. Election was held and the Gadangme Europe's New Executive members are as follows:-

Other officials who travelled all the way from Accra to present the programme were Nii Martei Sanka (Deputy Head of Programmes-Obonu FM &GBC Radio.

Honourable Nii Laryea Afotey Agbo was called upon to address the Conference.

In his speech, he gracefully thanked the chairperson Mrs. Lesley Riwar and the entire GDEu Organisation in inviting him to support and to participate in this memorable occasion.

He urged the GDEu organisation to work extra hard to extend the work already started by the previous executive.

“Sanity and Decency for a brighter future”.
He closed his speech with one of God's notable Commandments, 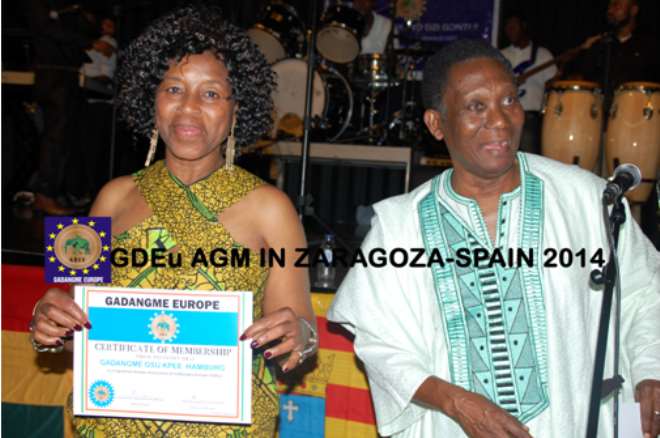 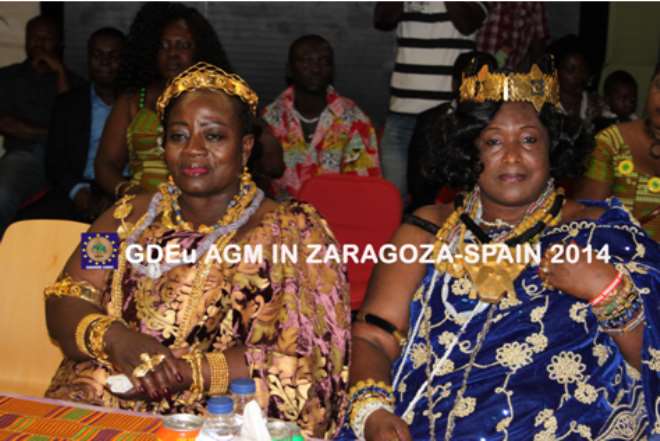 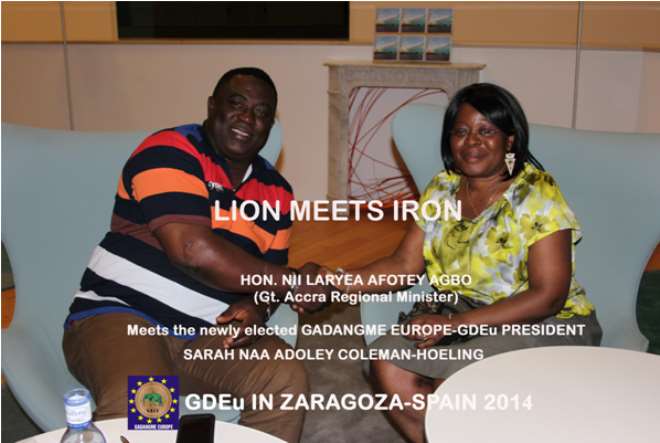