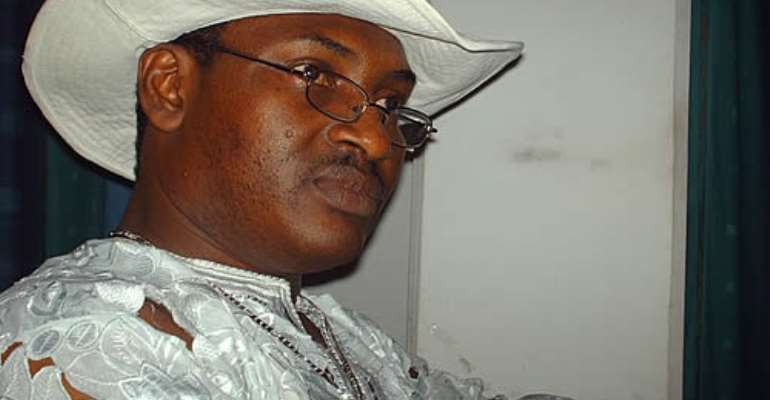 The Effia Nkwanta Regional Hospital says until Dr. Sulley Ali-Gabass is psychologically and criminally cleared of the sodomy allegation, he would not be welcome in the hospital.

Dr. Ali-Gabass has been accused by a 16 year old boy of sodomizing him five times. The senior medical officer has admitted to the act in an interview with Joy News' Manasseh Awuni Azure who first blew his cover.

The embattled doctor was arrested Wednesday in the Western Region and transferred to the CID headquarters in Accra for interrogation.

“He has dragged our image into public ridicule”, he remarked. The management is yet to meet and take the necessary action on him though, he admitted.

“I don't think he can come [and perform his function as a doctor], we will not allow him to come because he has dented our image so we have to delve into the matter… yesterday I personally called him. I wanted to find out if he was ready to come to workand but he told me that he was down, I think he cannot come to work. We will not accept him as at now, until we clear him,” Mr. Boakye said.

Though Dr. Ali-Gabass had told him he was down by the development, he did not turn up when the hospital made an attempt to provide him with counselling.

Meanwhile, the Police Criminal Investigations Department says the senior doctor is cooperating with them as they begin interrogating him today.

Public Relations Officer at the Police CID, Joseph Benefo Darkwa told Joy News' Seth Kwame Boateng the police will pray the court to allow them go beyond the 48 hour rule, should they be unable to conclude their interrogation within the permissible period. Story by Ghana | Myjoyonline.com| Isaac Essel | [email protected] | twitter @isaacessel