New Edubiase hospital maybe closed down due to power failure 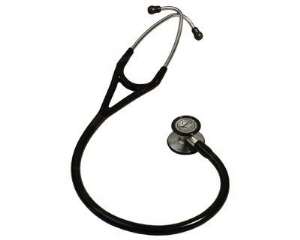 New Edubiase (Ash), June 24, GNA - The New Edubiase Government Hospital may be forced to close down due to the continued electricity power cuts in the town and its surrounding communities since the beginning of this month.

Dr Okyere Nyantakyi Ntori, Medical Officer in-charge of the hospital, who gave the hint in an interview with the Ghana News Agency at New Edubiase on Wednesday, said the power cuts had brought total discomfort to both patients and staff of the hospital.

He said most drugs in the hospital were going bad, while minor and major surgeries had to be referred to the Komfo Anokye Teaching Hospital (KATH) or Assin-Fosu hospital.

Dr Ntori said the New Edubiase hospital, which was the only one in the Adansi East district, had no standby generator and was therefore finding it difficult to sterilise equipment and instruments at the hospital.

He has therefore appealed to the Electricity Company of Ghana (ECG) to work hard to restore power to the hospital to prevent closure of the hospital.

The power cuts had also affected economic activities in the New Edubiase town and its surrounding communities.

Mr Eric Asamoah, proprietor of Map Hill Enterprise, dealers in frozen fish and meat, told the GNA that his company spends about 400,000 cedis a day on fuel to store the fish and meat products.

He stated that the prolonged electricity cuts had also affected his daily sales because his customers no longer patronise his products. Mr Augustine Boakye, Obuasi branch manager of the ECG, when contacted, explained that the power cuts were due to an explosion of an underground cable in the town.

He said initially the fault came from the main transmitter, which was damaged during a severe rainstorm in that area about a month ago. He said immediately the company installed a new transformer, there was an explosion of an underground cable, which had caused extensive damage to power lines, and cables in the area.

Mr Boakye, however, said he had invited experts from the ECG's head office in Accra to come down with detective machines to trace the fault and repair it.

He therefore appealed to the people in the area to exercise restraint, since everything was being done to restore the power.