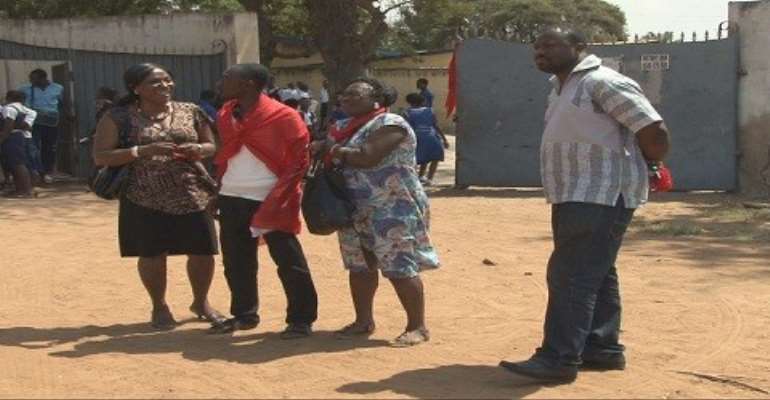 Twelve labour unions will embark on an indefinite nationwide strike from tomorrow, Wednesday, October 22, 2014 over issues relating to their pension scheme.

The unionized bodies are rejecting government's imposition of the Pension Alliance Trust, and also calling on the government to allow the full operationalization of the Public Sector Pension Scheme, but they are not making any headway in this.

“We have therefore, collectively decided to embark on an indefinite strike with effect from Wednesday 22nd October, 2014 to press home our demand of getting the Government to release the funds accruing to our schemes and subsequent releases, to make the public sector schemes operational without delay,” Acting General Secretary of the Health Service Workers' Union (HSWU) Reynolds O. Tenkorang read a statement on behalf of the unions.

The statement was signed by an executive member from all the groups except three – JUSAG, GRCRA, and GPAA.

The Forum claimed all efforts made to the government for recourse, including a meeting with President John Mahama in July this year, to forestall the strike yielded no positive results.

“We wish the press to also note that during the period there have been countless meetings and interactions with the body mandated to oversee Pensions in Ghana, that is, the National Pensions Regulatory Authority,” Mr. Tenkorang recalled.

"Besides, there have been numerous official and unofficial meetings with the Ministers of Employment and Labour Relations in a bid to get our schemes to run but to no avail.”

The Forum also explained in the statement that the need for the strike was necessitated by the fact that the first group of beneficiaries under the National Pension Act 2008, (Act 766) would be retiring in January 2015.

“They are in the dark as to where to claim the 2nd Tier Benefits,” the statement added.

The groups, at a press conference on Tuesday, indicated that they are at the end of their tether and the “only other means available” to them to seek redress of their grievances was the industrial action. Story by Ghana | Myjoyonline.com| Isaac Essel | [email protected] | twitter @isaacessel