Major Root Cause Of Economic Crises In Ghana 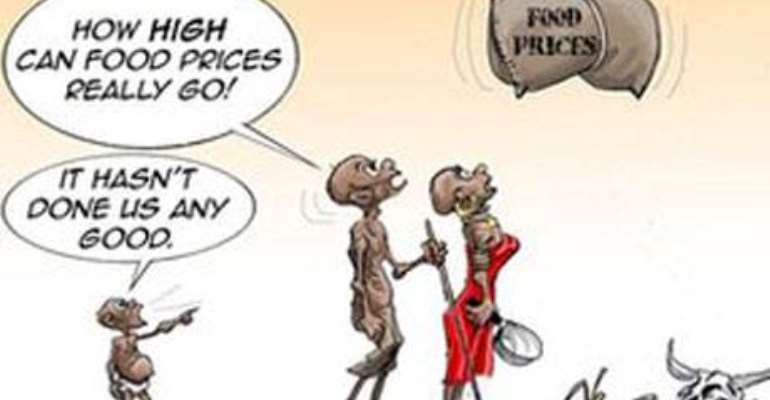 Dating my research fact from the time Ghana attain her independence, my findings deduce that 72% government of Ghana ventures, initiatives and project which collapsed or fail to achieve it intended objective with in a specific period of time were all factors of unethical issues.

It was also realize; the same predicament affected the private sector organizations which were positioned to contribute to the economic development of Ghana collapsing few years after established. My findings further concluded that unethical issues continue to increase yearly when 58 years old Ghana continue to grow older.

These unethical issues are identified to cut across the academia to the last industrial unit of Ghana.

Reference to
(Case study 1#) An intellectual attack of Dr. Bawumia of the National Patriotic Party (NPP) against Dr. Philomina of Government Statistical Service (GSS) with the same equal reply from the other side is against the ethics of the research profession in the bases of condemning the credibility of a researchers work. If politicians condemn on the grounds of ignorance, why should student of research profession participate in such unethical behaviour.

(Case study 2#) Importers suffering from goods assessment and evaluation fees paid to three different government agencies performing similar role at the port and each of them refusing to recognize the assessment and evaluating certificate of the other party on the grounds that, a law has been passed to support individual institutional fee collection, which is very unfair to the importers and very unethical by those who lobby for such law to be passed to their institutional favour without taking into consideration it effect to certain stakeholders.

Considering several other unethical case study which are not presented here; justify that, if ethical and social responsibility issues are handled professionally the economy of Ghana could improve tremendously, on this bases this paper seek to inform and justify the benefit and effect of ethical issues to the business community.

Ethics: The Inner-guiding moral principles, values, and beliefs that people use to analyse or interpret a situation and then decide what is the “right” or appropriate way to behave. (Jones and George, 2006)

Ethical Dilemma : The quandary people find themselves in when they have to decide if they should act in a way that might help another person or group even though doing so might go against their own-interest (Jones and George, 2006)

Other school of thought disagree with the above definition by proposing that ethics could only be uphold when a law is passed to support it. This has led to a situation whereby people take advantage of a system because of lack of legal frame work supporting it at a particular period of time yet fully aware that their actions are morally unethical.

Case study of government of Ghana 5years tax exemption for foreign investment in the production industry; yet before the end of 5years most businesses having such advantage will change name of the company to avoid paying the tax required in the subsequent years ahead but with the same executive board managing the affairs because there is a loophole of the law defining how such circumstance need to be handled. To your surprise such unethical behaviour mostly engineered by citizens of Ghana

ETHICS AND THE LAW
In studying the relationship between ethics and law, it is important to understand that neither laws nor ethics are fixed principles, cast in stones, which do not change over time. Ethical beliefs alter and change as time passes and as they do so, laws change to reflect the changing ethical beliefs of the society. We must understand that society as a whole, using the political and legal process, can lobby for and pass laws that specify what people can do and cannot do. Different groups in the society lobby for which laws should be passed to their interests and beliefs regard to what is right or wrong. So the group that can summon most support is able to pass the laws that mostly closely align with its interest and beliefs. Once the law is passed, a decision about what the appropriate behaviour is with regard to a person or situation is taken from the personally determined ethical realm to the societal determined legal realm. If you do not conform to the law, you can be prosecuted.

RULES FOR ETHICAL DECISION MAKING
When a stakeholder perspective is taken, questions on company ethics abound. What is the appropriate way to manage the claims of all stakeholders? When companies act ethically their stakeholders support them. For example, banks are willing to supply them with new capital, they attract highly qualified job applicants and new customers are drawn to their products. Thus ethical companies grow and expand over time and all their stakeholders benefit.

The result of unethical behaviour is the loss of reputation and resources, share holders who sell their shares, skilled managers and employees who leave the company and customers who turn to the products of reputable companies.

1. UTILITARIAN RULE
2. JUSTICE RULE
3. MORAL RULE
4. PRACTICAL RULE
These rules are useful guidelines that help managers decide on the appropriate way to behave in situations where it is necessary to balance a company's self interest against the interest of its stakeholders. We should always note that the right choices will lead resources to be used in a way that can create most value.

UTILITARIAN RULE: An ethical decision that produces the greatest good for the greater number of people. To decide which is the most ethical course of business action, managers should first consider how different possible courses of business action would benefit or harm different stakeholders. They should then choose the course of action that provides the most benefits or conversely the one that does the least harm to stakeholders.

JUSTICE RULE: It is an ethical decision that distributes benefits and harms among people in a fair, equitable or impartial way. Managers should compare and contrast alternative courses of actions based on the degree to which they will result in a fair or equitable distribution of outcomes for stakeholders.

MORAL RIGHTS RULE: Under the moral right rule, an ethical decision is a decision that best maintains and protects the fundamental or inalienable rights and privileges of the people affected by it. And with the adage “Do unto others as you would have them do unto you”. Managers should then choose the course of action that best protects and uphold the right of all the stakeholders.

PRACTICAL RULE: It is an ethical decision that a manager has no hesitation or reluctance about communicating to people outside the company because the typical person in a society would think it is acceptable. A business decision is probably acceptable on ethical grounds if a manager can answer yes to each of the following questions

1. Does my decision fall within the accepted values or standards that typically apply in business activity today

2. Am I willing to see the decision communicated to all people and groups affected by it.

3. Would the people with whom I have a significant personal relationship each as family members, friends and even managers in the other organizations, approve of the decision.

Each of the above rules offers a different and complementary way of determining whether a decision or behaviour is ethical.

WHY SHOULD MANAGERS BEHAVE ETHICALLY
1. It increases efficiency and effectiveness of production

2. It increases company or country performance
3. It increase national standard of living, well-being and prosperity

DETERMINANTS OF DIFFERENCES IN ETHICS
Ethics could be determined differently between people, employees, companies and countries as the following

SOCIETAL ETHICS: Standards that govern how members of a society should deal with one another in matters involving issues such as fairness, justice, poverty and the rights of the individual.

OCCUPATIONAL ETHICS: Are standards that govern how members of a profession, trade or craft should conduct themselves when performing work-related activities.

ORGANIZATIONAL ETHICS: The guiding practice and beliefs through which a particular company or a country and it managers view their responsibility towards their stakeholders

All this various ethics comes together to shape the business ethics. With the way forward for better Ghana, I recommend the institutionalization of ethics ombudsman

The author has 57 publications published on Modern Ghana.