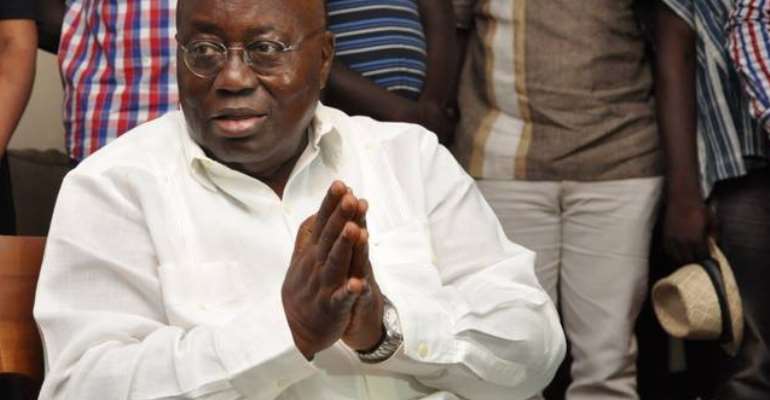 To say that it was an apocalyptic blowout grossly understates matters. In a quite miraculous sense, the October 20 New Patriotic Party Presidential Primary strikingly recalls the 1960 Presidential Contest between President Kwame Nkrumah and a pinchhitting Dr. J. B. Danquah, in the sagacious wake of Dr. K. A. Busia's fleeing from the country.

It was simply traumatically exhilarating. I guess I am still trying to recover from the deep wounds and scars sustained during the hectic past two years, both on the frontlines of the epic judicial battle of the Election 2012 Presidential Petition against the Mahama-led National Democratic Congress, and the poison-charged factional skirmishes within the New Patriotic Party over the question of who best qualified to lead the NPP into the 2016 presidential election.

Now, I am torn between prophetic vindication and sheer ennui. But, of course, I also fully recognize the fact that this is not the time to give up or unduly nurture quixotically self-inflicted and familial wounds. It is a time for both recuperation, and then the frenzied beating of the warpath, accompanied by battle drums and war-songs, once again, if Ghana is to be opportunely herded off the wayward path of political cynicism and abject corruption onto one promising of visionary leadership, civic responsibility, progress and prosperity.

You see, I partly grew up right next to the old site of the Efua Sutherland-built and pioneered Ghana Drama Studio, not far from the Olympics Park in the late 1960s; and so the fact that the mammoth rally calling on all members, supporters and sympathizers of the New Patriotic Party to close ranks and prepare for a massive electoral victory come Election 2016, was held across the street at the Efua Sutherland Park last Saturday simply gives me goose bumps.

Today, for those of our readers who may not know this, the old Drama Studio has been replaced by the Chinese-constructed National Theater. I am also struggling to get over my extreme difficulty in trusting any vows and promises that emanate from the lips of Mr. Paul Afoko, the National Chairman of the New Patriotic Party. To be certain, the original caption of this column was "Give Afoko the Benefit of the Doubt." I have my own doubts because Mr. Afoko's brazen factional partisanship, in the leadup to the October 18 presidential primaries, has effectively put the Bolgatanga native beyond redemption in my books.

Still, I am hoping to fully recover my faith and strength in time to be able to unreservedly trust the pontifical public pronouncements of Mr. Afoko once again. I don't know, however, that I will ever be able to trust my old Prempeh College classmate, Mr. Kwabena Agyei Agyepong, ever again. Not that it matters, anyhow. I mean, I just couldn't care less; I have had it up to my neck and chin and then some, as New Yorkers are wont to say.

I must, nevertheless, heartily congratulate Mr. Afoko for mustering enough courage to exhort party faithfuls across the length and breadth of our great nation and, indeed, Ghanaians at large, to prepare for the sort of victory which every hardworking and justice-oriented Ghanaian citizen more than well deserves. I am inclined to believe the sincerity of the man, when the quite renowned and remarkably successful businessman recalls admonishing the Tamale party delegates who elected him NPP National Chairman to "go home and prepare for power."

But I must also confess that I have been weeping all day long without knowing precisely why. One part of me tells me to get the heck out of this dog-eat-dog world of Ghanaian political journalistic activism. In brief, I am faced with the same crossroads question that Dr. Joseph (Kwame Kyeretwie) Boakye Danquah faced on his deathbed at the Nsawam Medium-Security Prison (the original Kwame Nkrumah Ideological Institute): "Is Ghana really worth fighting for?"

Of course, I fully recognize the fact that how I choose to answer this lingering age-old question is far less significant than my inescapable recognition of the fact that whether I like it or not, my destiny is inextricably tied to the destiny of each and every Ghanaian's, whether I like any particular Ghanaian in question or not. For national identities are far more mythical and expansive than individual and parochial in both conception and expression. It lies somewhere between total abstraction and palpable reality of the most uncanny sort.

And so in the end, I am effectively resigned to my destiny, which is to simply keep on hammering home the imperative need for conscientious leadership until the Grim Reaper calls.