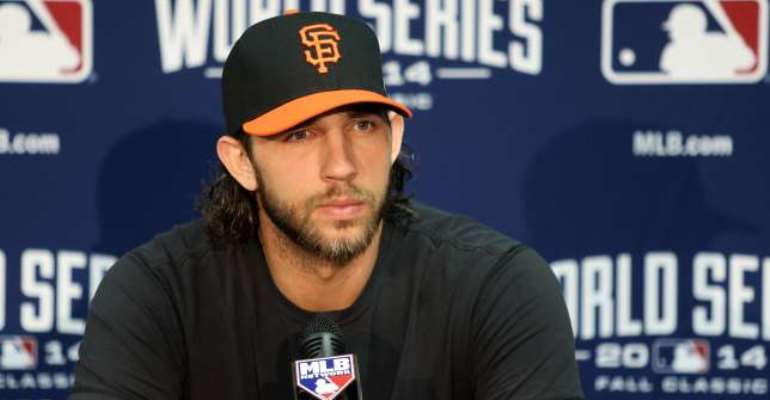 Bumgarner's Giants are at Kauffman Stadium for the opening two games, the first of which is on Tuesday, facing a Royals side who are 8-0 in the post-season.

But the pitcher, who will start the opener, is unaffected by that record and said it had no impact on the way he prepared.

"How I get ready for a game is a little bit different than most people, I would say. So I don't really pay a lot of attention to that," Bumgarner told a news conference.

"The biggest thing is going out there and making pitches and being able to adjust and read the situation and know how the game's going. So that's kind of how I like to do it.

The Giants are aiming for their third World Series success in five years, but the Royals hold home-field advantage.

Bumgarner admits that gives the Royals a slight advantage.

"I don't know the numbers, but it does seem like we're not really affected much by being on the road," he said.

"For whatever reason it's worked out that way. Obviously, you would like to be at home.

"Home-field advantage is a little bit of an advantage. But we're here, and we're playing the cards that we were dealt.

"So we've got to be ready and play good, fundamentally sound baseball. That's all you can do."

The Royals have a reputation for good base running and stealing, but Bumgarner hopes his pitching will be good enough that it will not matter.

"I don't ever want anybody to give them a free base. So anybody, if you don't pay attention to them, they're going to go," he said.

"Hopefully, if you're making pitches good enough, it won't matter."