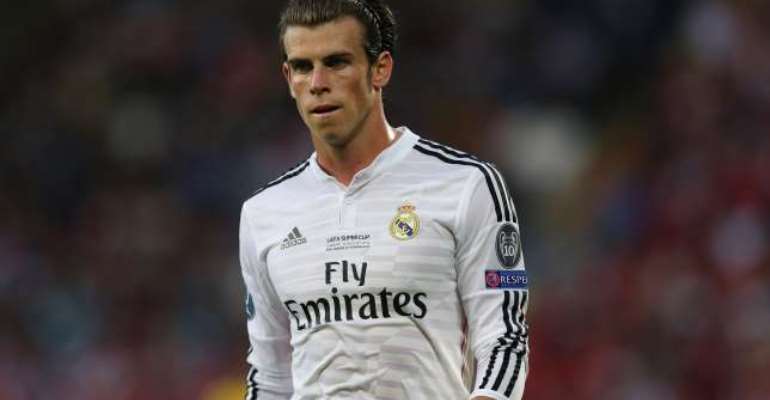 The world's most expensive player sustained the injury while on international duty for Wales last week.

Subsequently, he was forced to take a watching brief from the substitutes bench during Real's 5-0 win over Levante on Saturday and he now looks set for a spell out of action all together.

A club statement read: "After Gareth Bale was tested by Real Madrid's Sanitas health services, he has been diagnosed with an injury in the right piriformis muscle."

Bale's absence is a blow to head coach Carlo Ancelotti ahead of an important week for Real that sees the European champions tackle Liverpool in the UEFA Champions League at Anfield on Wednesday.

Following that match, Real will go head-to-head with arch rivals Barcelona in the first Clasico encounter of the season at the Santiago Bernabeu on Saturday.

Barca will have Luis Suarez available for that game after his biting ban, though the hosts could be shorn of one of their most potent attackers.

No timescale has yet been placed on a return for former Tottenham winger Bale, but Ancelotti already confirmed that his absence was not tactical following the Levante victory.

In the aftermath of that match, the Italian told reporters: "Bale had a problem in his glute.

"He wasn't comfortable so we preferred to not risk it for this game and we will evaluate it in the next few days. He wasn't left out due to rotation."

It marks a further attacking problem for Ancelotti, who was without striker Karim Benzema against Levante due to a toe injury he sustained playing in France's 2-1 win over Portugal on October 11.