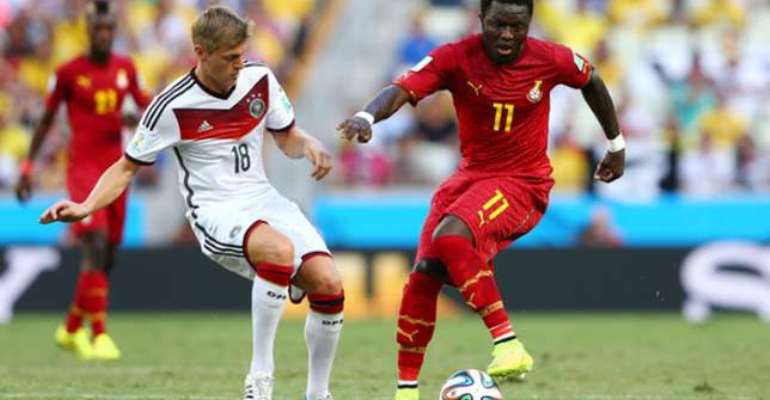 Moses Armah Parker has hailed the qualities of Sulley Muntari by stating that despite the physical exchanges that took place between them during the World Cup, the Black Stars player, who is on suspension, needs a recall back into the team.

The A.C Milan midfielder was one of the two Ghanaian players, sacked from Black Stars camp in Natal, after he attacked Moses Armah Parker during a meeting between the playing body and the Management Committee of the team over delay in the payment of appearance fees by the Ghana government.

The Medeama SC president who appeared before the Commission of Inquiry into Ghana's World Cup campaign in Brazil disclosed that he is an admirer of Muntari and would want to see him play again for the Black Star, due to his enormous qualities as a player.

'I cherish the Sulley Muntari's style of play. He is a good passer of the ball and can score from unexpected angles.

Ghana for the very first time failed to progress past the group stage of the Mundial, amid issues of player indiscipline, delay in the payment of appearance fees, etc.