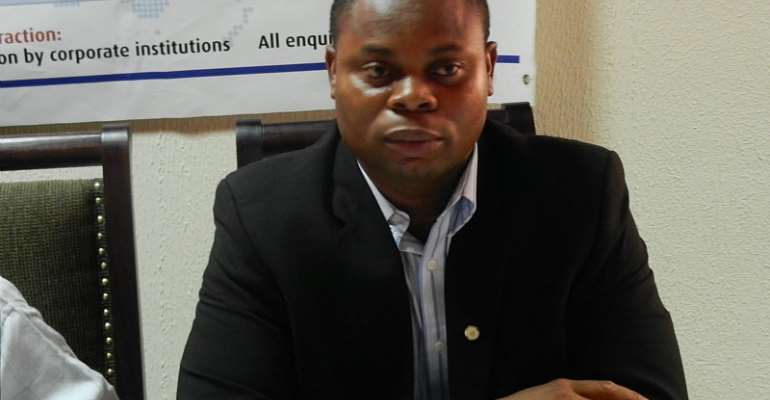 Nana Akwesi Awuah
OccupyGhana, a pressure group, has threatened to sue the Auditor General and the Attorney General if they fail to recommend and prosecute corrupt government officials.

According to the group, the two government institutions have failed to carry out their duties, thereby allowing corrupt officials to dip their hands into state funds and going scot-free.

Speaking at a press conference in Accra after 100 days of the Occupyflagstaff house protest, Nana Akwesi Awuah, spokesperson of OccupyGhana, said 'We are giving a 30-day ultimatum to the Auditor General and Attorney General to immediately exercise the powers of disallowance and surcharge under the law or risk facing lawsuit.'

He said successive Auditor Generals have failed the nation simply because they have been too weak to exercise the power given to them by the Constitution, stating that public officials are recklessly spending taxpayers' monies in the belief that nothing will happen to them.

'It is time for the Auditor General to dig and rake up all past audit reports and apply the law,' Mr Awuah said.

He added, 'We have seen many aggravated looting of state coffers, trials of petty criminals while politically well-connected accomplices who supervised scams worth many millions of dollars such as in GYEEDA, SADA, SUBAH, payroll fraud at the National Service Secretariat, municipal and district assemblies, are either walking scot-free, or still making national decisions on the quiet.

'It is very worrying to observe that the Attorney General is yet to take any overt steps to retrieve the over GH¢51 million unlawfully paid to Alfred Woyome, despite an emphatic judgment on the matter by the Supreme Court.

'Neither have we seen nor heard of any steps being taken by the Attorney General to prosecute all government officials who supervised this specific enterprise of 'create, loot and share.'

Rot At NIA
He said the National Identification Authority (NIA) has abandoned an otherwise good registration exercise and left millions of good ID cards to rot whilst seeking to saddle Ghanaians with an additional debt of $115 million to do the same thing it has failed to do in almost a decade.

He said despite this, some greedy individuals at NIA were vigorously pursuing the expansion of a nebulous and scamming Public Private Partnership (PPP) contract to re-register only 15 million Ghanaians at a whopping cost of $300 million.

Mr Awuah said another worrying issue was government turning to the International Monetary Fund (IMF) for financial bailout and policy credibility endorsement, noting that this will solely hurt the average Ghanaian.