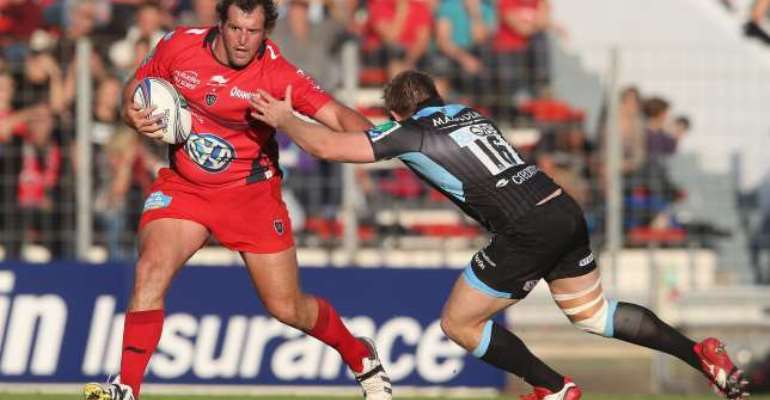 The Top 14 champions have taken on all comers to win the Heineken Cup in each of the last two seasons and will attempt to continue their dominance by triumphing in the first running of the revamped tournament.

Toulon will start as favourites to be crowned the best side on the continent once again in the newly-formed European Rugby Champions Cup, which comprises of 20 teams in five pools containing four clubs.

Hayman, the Toulon captain, will lead out the French side against Welsh club Scarlets in their Pool 3 opener on Sunday and the former New Zealand prop is eyeing more success on the continent.

He said: "Three in a row is definitely possible.
"There is a long way to go before we start talking about that, but it is definitely an aim. It's why we are here and what we get paid for. We will prepare well and not take anything for granted.

"We are still motivated and keen to do well. After a year like the double we are keen to win some more silverware and do the double-double if possible."

Ulster and Leicester Tigers, who meet at Welford Road on Saturday, are the other pool 3 opponents for Toulon, who have had to contend with speculation over the future of star flanker Steffon Armitage this week.

Hayman, who replaced Jonny Wilkinson as captain after the England legend retired, knows the European champions will have their work cut out in order to qualify for the quarter-finals.

"The pools are going to be very tightly contested this season and so it is important to get as many points as possible at home, he said.

"We start against the Scarlets and we know from their win at Harlequins last season that they can be very dangerous."

Toulon beat Saracens at the Millennium Stadium in Cardiff to win the final in May and the Aviva Premiership club will attempt to go one better this season.

"Up to now we've had the Premiership at the forefront of our minds, but we are excited about playing in Europe once again," Hodgson said.

"It's a competition everyone wants to win. We were so close last year and it would be fantastic to go one step further. It all starts this Saturday against Clermont at home. It's nice to start at Allianz Park for the first game, but we have a long way to go."

When asked about the challenge of facing Clermont, he added: "They are one of the biggest teams in Europe. We're under no illusions how tough Saturday's going to be, and it's going to be difficult to get out our group.

"We have three teams who have made the final four of the competition for the last two seasons in Pool 1, so to get out of that would be some achievement in itself. We are looking forward to the challenge."

Sale Sharks and Munster meet at the AJ Bell Stadium on Saturday in the other Pool 1 encounter.

Racing Metro entertain Premiership champions Northampton Saints in another stand-out fixture in Pool 5 on Saturday, while Ospreys take on Benetton Treviso on Sunday.

The tournament commences with a clash between Harlequins and Castres Olympique at The Twickenham Stoop on Friday, with their Pool 2 rivals London Wasps travelling to Leinster on Sunday.

There is an all-French affair between Toulouse and Montpellier on Sunday, with Glasgow Warriors hosting Bath in the other Pool 4 game on Saturday.