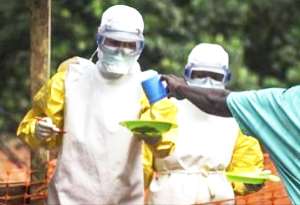 '…The bottom line is that there are people who want to see the virus in this country and they want our name on CNN . We cancel it by the blood of Jesus. That is not to say that we are better than those countries. We are not. But let's also pray that the plague will cease in those countries…I believe in what I've seen and I believe in what I've heard and I stand by it…Spiritually, I tell you that the plague, whether it's a conspiracy of White man, Black man I don't care. I just know that this thing is demonic. Anything that kills people the way it's killing people is demonic. I don't care what is behind it, but I know something; when I lift up prayer, there has to be divine resolution to the matter. Because prayer knows no boundaries and prayer knows no limit…,' he said.

In a revelation sure to send shivers down the spines of his congregation last Sunday, the founder of the Christian Action Faith International Ministries continued,

'I was resting and [at] 1 am, the Spirit of the Lord woke me up and He said: 'Are you sleeping?' And I said: 'Yes, I'm sleeping, and He said: 'Wake up!' So I did and He said: 'You have to go into prayer because the Ebola virus is looking for a door to enter your country between October [and] November.' So I'm telling you, you can write it down. I don't just say things. I put 38 years of credibility on the line. So if I don't hear, I don't talk. When I say it you better believe it.'

Ebola has become the world's latest threat, after the deadly virus killed 4,000 in West Africa alone. Liberia, Sierra Leone, Nigeria and Guinea are countries whose health systems have received the greatest shock after the disease made fearful entries. The US, Britain and Spain have equally recorded cases of the virus.

Ghana is standing out among the list of West African countries free from the virus.

But the baritone-voice of the Archbishop is intoning Ghanaians out of any false sense of relief.

'We need to fast and pray and deal with this Ebola virus that it won't cross our borders; that it won't enter into this country…I've declared another fast on Thursday…'

Whilst insisting he is not a prophet of doom, Archbishop Duncan-Williams said he is God's breaking news channel as far as Ghana was concerned.

'I am not a prophet of doom, but I can perceive and I can smell things and when I smell things in the pipeline, my assignment is to announce it. How you deal with it is up to you… The enemy has an agenda,' the cleric said.

This would not be the first, the popular man of God noted. He said the Lord asked him to warn Liberia of an impending danger. But he never knew it would be in the form of a deadly virus.

'When I went to Liberia early this year, I said to the President, I said: 'Madam President, call all the pastors, the bishops the churches to begin a fast once a month at the stadium every Friday and attend yourself. There is an impending danger ahead between now and 2017.' met with the Vice President and the senate, told them the same thing; met with all the bishops and the pastors…and told them: 'You'll have to put aside differences and start meeting to fast and pray for your land.' The Lord didn't tell me that there was a virus coming to Liberia, He didn't tell me that. He said an impending danger. The rest is history.'

His sermon did not end without one of his popular prayers which some radio stations often play to start airing some programmes.