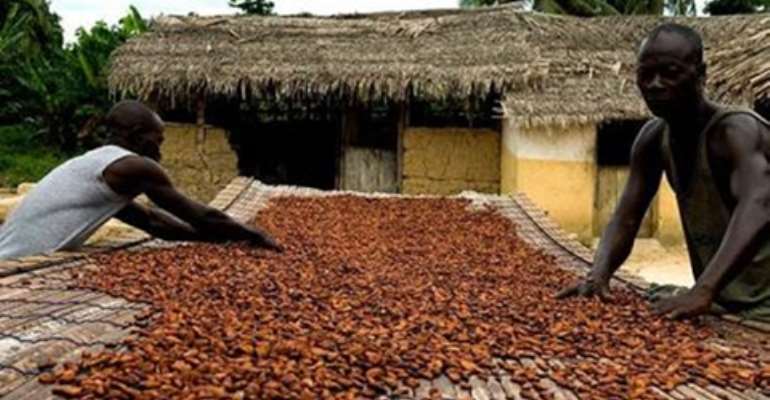 The NPP Minority in Parliament has accused the government of employing propagandist tactics in the increment of the producer price of cocoa in the country.

He said the recent increment in cocoa price has been trumpeted as unprecedented, but in actual fact, he noted government was only doing what he termed “an economic correction”.

The figure translates into GHS345 per bag of 64kg gross, representing about 75 percent of the net Free On Board (FOB) price.

But the Minority Spokesperson on Agriculture, Dr. Kwaku Owusu Afriyie, told Joy News that in terms of substance it will appear the price has gone up but in reality there is no difference in price change.

He claimed in his explanation that for the last three years, the government has refused to increase cocoa prices.

This is the analogy Dr. Owusu Afriyie used to elucidate his point: “So you can imagine if you are a public servant and your salary was maintained for three years without any increase. This is exactly what has happened to the poor cocoa farmers. So for three years now there has been a freeze on producer prices; in the meantime the world prices have been going up and the cedi has been depreciating.

Joy News' Kwakye Afreh Nuamah reports that the Minority in a press conference today asked government to pay bonuses owed cocoa farmers which they claimed are in arrears for three years.

They also demanded that government publish the 2014/15 crop price for cocoa, claiming that the Finance Minister and the President have provided conflicting figures.

The President of the Association, Alhaji Alhassan Bukari, led an appellation noting that “this government has helped us”.

“If your friend does something good, he deserves to be commended,” he said in Twi. Story by Ghana | Myjoyonline.com| Isaac Essel | [email protected] | twitter @isaacessel