A Biting & Phenomenal Youth Unemployment In Ghana: Any Hope In The Horizon? 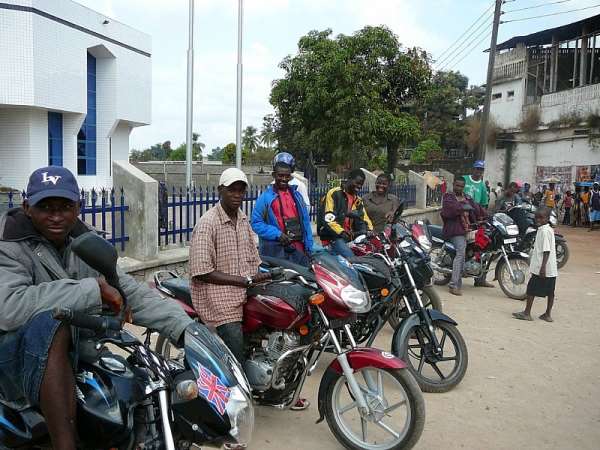 Synopsis:
This presentation by the TAYCD-GH looks at the constricting effects of economic down-turn in Ghana and the resultant effect on youth employment (growing youth unemployment in Ghana)

The soaring unemployment situation among the youth in Africa and Ghana for that matter is frightening and a counter-productive spectre given that more graduates are been churned out from schools,colleges,polytechnics and universities annually.Certainly, in a growing population like that of Ghana, youth placement in work is very critical given their vulnerability.

It is instructive to note that according to a recent report by the International Labor Organization(ILO),85% of the world's youth live in developing economies and the proportion is not likely to change much in the near future given the demographic trends in these economies(ILO 2004). Yet the youth in these countries including a lower-middle-income Ghana, are relatively disadvantaged in employment opportunities and security. These young persons are constantly struggling to survive under the scathing economic conditions pervasive on the continent.

Admittedly, the worsening economic fortunes seem to be a major factor exacerbating this plight of phenomenal youthunemployment in the case of Ghana.

Indeed, Ghana's economy presently is in great turmoil and the policy-makers are in a fix on which direction to turn to salvage the slumping economy. A growing publicexpenditure and fiscal indiscipline over the past few years has led to the decision to halt or freeze public sector employment as an expenditure management mechanism as prescribed by the International Monetary Fund(IMF) since 2009.

This almost sixty(60) months ban on public sector employment coupled with a distressed private-sector which lacked the ability to create jobs, has aggravated the youth unemployment situation here in Ghana.Can we attribute this to the ideological position, incompetence or leadership crisis.

Today, the private sector sung as the veritable engine of growth had had to grapple unendingly with myriads of difficulties not excluding poorer and erratic unreliable energy supply which has affected general productivity and output. It has increased and pushed the cost of running a break-even production cycle upwards. In all of these, the cost of credit to small and medium enterprises(SMEs) has also plummeted amidst a fast depreciating local currency -described by economic and financial experts as the most worse performing currency on the continent-throwing all projections into disequilibrium.

The effect is that, the private sector is unable to build capacity and be able to absolve the teeming youth on the streets in search of decent jobs and employment; this urban unemployment phenomenon is conspicuously worse among the uneducated ones.

The statistics indicate very worryingly that the total population projection of the youth aged 15-24 years would increase from some 3,484,574 as obtained in year 2000 to about 5.5 million by year 2015 and this population momentum cannot recede anytime soon in spite of the falling fertility rate in Ghana's case.

Doubtlessly, the afore-going suggests that there is an urgent need to explore all avenues of getting the labour force participation rate for the youth improved and stepped-up dramatically through the innovative creation of more decent job opportunities for them.

Contrarily, thisposits that continuous youth unemployment stand the chance of keeping poor families perpetually and chronically poor due to its multiplier effects on other family members and their children and even those yet to be born-by extrapolative analysis.

The ILO in another remarks observed that the growing youth numbers can be turned into positive economic development alchemy. It claims that, due to the sheer numbers and vulnerability of the youth in sub-SaharanAfrica, it generally believed that getting the youth employed in decent productive work for example could result into 12 to 19 percent gain in gross domestic product (GDP) for Africa (ILO 2004).

The lack of economic empowerment and active engagement in social development generally increases the propensity to and vulnerability of the youth to social vices such as armed and violent robberies, drugtrafficking, prostitution and the phenomenal sex trade as well as teenage pregnancy among others.

The TAYCD-GH reckons that government think outside of the box to remedy in the short to medium term this monstrous canker and ensure that it addresses the menace by putting in place the requisite policy framework to strengthen not only the ancient agricultural sector, manufacturing and industry but also the real estate sector as well as, embark on pragmatic structural economic transformation as a sure way to open up the economy and create the dire jobs and employment opportunities required by the growing youth numbers seeking something profitable to do. This necessarily must happen promptly in the short, medium to long term to avert a chaotic ramification.

As government engages with the IMF, the youth of Ghana anticipates proactivenesson the part of the state to help address this social malaise that confronts us.

We equally expect the self-acclaimed youth president, who has an anti-youth posture to address the GYEEDA mess, falling standards of educational system, pervasive corruption and other youth centered programmes and policies.