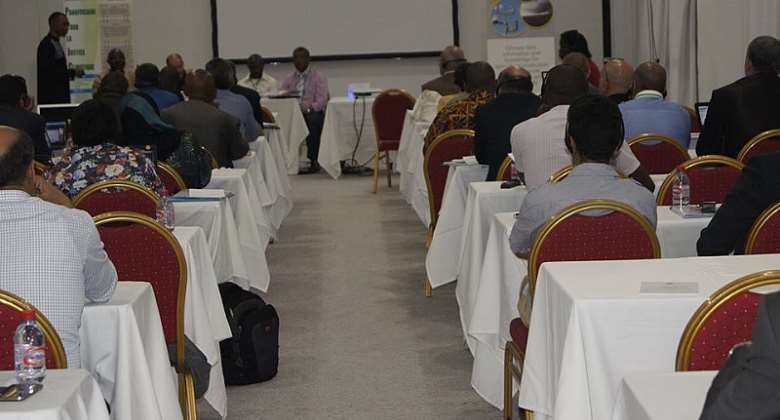 African civil society groups attending the Fourth Conference on Climate Change and Development in Africa (CCDA-IV) will be interrogating climate smart agriculture as a subject that has evoked significant interest.

This year's conference focuses on agriculture with the theme: “Africa can feed Africa now: translating climate knowledge into action”.

The agriculture sector accounts for the Africa's largest share of GDP – to sustain food production, climate smart agriculture is being promoted to sustainably increase productivity, resilience and enhance achievement of national food security.

“Climate smart agriculture is the dominant issues because it's a very emotive issue; it is an evasive issue and we want to see as Africa what it means for the priority climate change discussions – that is adaptation,” stated Mithika Mwenda, Secretary General of the Pan African Climate Justice Alliance.

In a Pre-CCDA-IV Civil Society Consultative Workshop, CSOs under the auspices of PACJA, have been sharing ideas and discussing strategies on how to better support vulnerable African men and women, especially framing the narrative of climate compatible development.

“We believe that African countries are doing their best in accordance with the Climate Change Convention to respond to climate change impacts. Such collective unities like Clim-Dev Africa, along our countries individual efforts, are demonstrations that we even exceeded what it is for us to do”, said Mithika. “The CCDA and other spaces provide us opportunities to look back and see where we are and as the Civil Society, we will work with other stakeholders in such efforts as we believe this the only way to defeat the challenges presented by the growing climate threats”.

The CCDA-IV holding in Marrakech, Morocco from 8-10 October 2014, is organised through a tripartite collaborative of the African Union Commission (AUC), the African Development Bank (AfDB) and the United Nations Economic Commission for Africa (UNECA) as part of the Climate for Development in Africa (ClimDev-Africa) programme.

According to Madam Olushola Olayide of the African Union Commission, the theme falls in line with the AU's 2014 Year of Agriculture and the 10th anniversary of the Comprehensive African Agricultural Development Programme (CAADP), an initiative to boost agricultural productivity in Africa.

The Conference provides farmers, researchers, policy makers, civil society organizations, media and other stakeholders with the opportunity to exchange ideas on the ways in which to deepen and broaden understanding, analysis and advocacies on climate change and emerging sectoral issues in international dialogue processes.