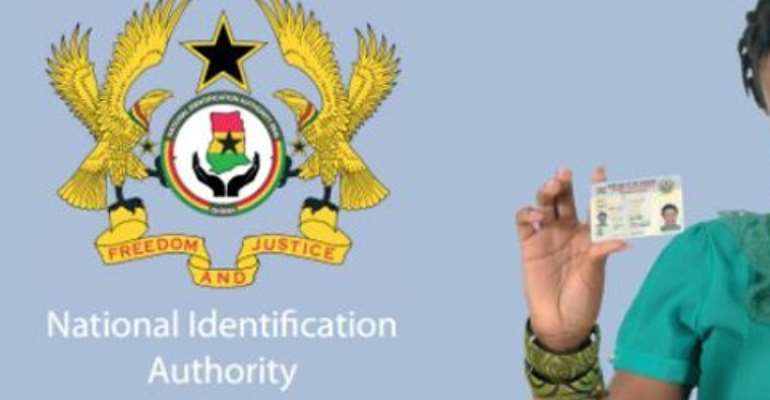 The Board Chairman of the National Identification Authority (NIA) Larry Adjetey has conceded the NIA misapplied monies in a bid to register Ghanaians.

"Tax payers money was used in a way it should never be used in the first place," Adjetey admitted while responding to criticisms against the NIA.

The Authority has come under heavy criticism for announcing plans to conduct a new registration process having spent several millions of dollars for a similar exercise only few years ago.

The NIA was set up in 2006 under the office of the president with the mandate of issuing national ID cards to the citizenry.

Having registered Ghanaians and non-Ghanaians in seven regions the NIA was supposed to provide the cards for the people it had registered.

It also promised to complete the registration process for residents in the remaining three regions.

However, the NIA under a new administration and Board say the previous registration was not comprehensive enough and did not meet international standards.

The have vowed to begin an entirely new registration process, they insist it would involve the use of all the five fingers, an improvement on the two fingers used in the previous registration process, and would also be connected to all the public institutions that use identities as raw material for its work.

This has courted public anger with some accusing the NIA of wasting public funds.

But Larry Adjetey has defended the move by the Authority to re-register and issue new ID cards to Ghanaians.

He explained in an interview with Joy News' Evans Mensah public funds would not be used in the re-registration process.

According to him there is private investor which has promised to take care of the amount to be incurred in the re-registration process.

But in a fierce rebuttal, President of IMANI Franklin Cudjoe said the explanation by the NIA is not convincing.

He also called for a thorough audit into the funds of the NIA.

"It is mark of the intelligence to do an audit," he stated, adding, "there were never challenges [in the first registration process]; they were arranged."

Census: People suspect us to be armed robbers, some attack u...
11 minutes ago