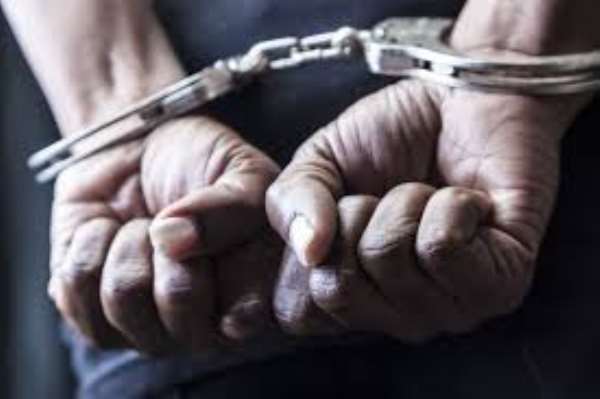 Many Americans will see the inside of a jail cell at some point in their lives. And if you think it only happens to criminals and troublemakers, think again. According to FBI estimates cited by the Wall Street Journal , authorities have made more than a quarter of a billion arrests in the past 20 years -- a period that was marked by a surge in federal funding for local police departments and law enforcement priorities, like New York City's "broken windows" strategy , that encouraged crackdowns even on minor offenses.

That astronomical figure includes arrests of all sorts, from the completely legitimate to the downright bizarre. It also includes arrests and jail sentences for things we've all probably been guilty of at one time or another. Some of the below situations might seem funny or trivial, but they're all examples of how questionable police behavior helps contribute to broader distrust between law enforcement officers and the communities they are supposed to protect. And in many cases, they're more representative of a crackdown on poverty than a crackdown on lawbreakers.

Here are some of the most unbelievable acts that got people taken into custody and put behind bars:

1. Possession Of SpaghettiOs
It began innocently enough for Ashley Huff. The 23-year-old was riding in the passenger seat of a car when police in Gainesville, Georgia , pulled the car over for a routine traffic stop. When cops searched Huff's bag, they found a spoon that was covered in a mysterious residue. It was dirty, Huff explained, because she had recently eaten SpaghettiOs and placed the dirty spoon in a bag in order to return it to a friend. Officers thought it might be methamphetamine, so they conducted a field test -- which reportedly came back positive. Huff was charged with possession of methamphetamine and spent two weeks behind bars before being released.

Huff was later thrown back in jail in August, where she remained for a month and a half until more thorough lab results on her spoon came back. They revealed that she'd actually only been guilty of possession of SpaghettiOs sauce all along.

2. Not Wearing A Seat Belt
In a case that would later be decided by the Supreme Court , Gail Atwater was pulled over by police in Lago Vista, Texas, in 1997. The officer noticed that she and her two kids were not wearing their seat belts. But instead of giving her a ticket for the violation, the officer arrested Atwater and took her to the local police station, where she remained behind bars for about an hour before posting bond. At the end of the ordeal, Atwater ended up pleading no contest to the seat belt violation and paying the maximum $50 fine.

In a 5-4 Supreme Court decision in 2001 , justices held that the Fourth Amendment does not forbid a warrantless arrest for a minor criminal offense that is only punishable by a fine. Maybe the "Click It Or Ticket" campaign needs a scarier slogan.

3. Littering
When Brandon Amburgey flicked a lit cigarette into the middle of a busy street in Albuquerque, New Mexico, earlier this year, a police officer apparently saw it as an offense worthy of arresting the 31-year-old for . Amburgey was booked into the Metropolitan Detention Center, where he was offered a chance to post cash bail or bond or to be released on the condition that he appear at a mental health court. Amburgey didn't take these options, however, and remained in jail for nearly a week before being bailed out. A followup report by KRQE found that Albuquerque police had tossed at least seven people in jail for littering charges alone since 2012. Most of them, including Amburgey, had substance abuse or mental health issues, according to KRQE.

4. Jaywalking
In 2010, Oregon resident Scott Miller was rushing across the street when a police officer noticed that he hadn't used a crosswalk. The officer ran after Miller and confronted him. It's not clear exactly what happened next, but according to court filings cited by Oregon Live , the officer took Miller to the ground, handcuffed him and told him he was under arrest. After being held at the precinct for about 30 minutes, Miller was given a ticket for jaywalking and released. A later lawsuit found that the officer had no authority under state law to arrest Miller for jaywalking, but that Miller's constitutional rights hadn't been violated.

Even when a jaywalking citation doesn't directly result in someone being hauled off by police, Radley Balko of the Washington Post has documented how basic tickets for minor violations often lead to later arrests and jail time, because recipients aren't able to pay fines. Critics have called this practice a modern manifestation of the debtor's prison .

5. Having Homemade Soap
In another case of mistaken substance identity, 26-year-old Annadel Cruz and 30-year-old Alexander Bernstein were booked on cocaine trafficking charges in Pennsylvania last year when police officers refused to believe that two bars of homemade soap in her car were not actually cocaine . After being pulled over in Lehigh County, Pennsylvania, troopers said they smelled marijuana in the car. Cruz admitted to having smoked earlier in the day, according to the Morning Call . When officers found the soap in the car, they tested it and it came back positive, Lehigh Valley Live reported . The pair spent the next month in jail, presumably unable to post bail, which was set at $500,000 for Bernstein and $250,000 for Cruz. The charges were eventually dropped after a state lab turned up no traces of illicit substances.

A lawyer for Cruz later told Morning Call : "After this, everyone should pause about jumping to conclusions when a field test is said to be positive by law enforcement. There are people going to jail on high bail amounts based upon these field tests."

6. Profanity
All speech isn't free, as Wesley Force of New Bern, North Carolina, found out last year when he was arrested and taken to jail for saying the word "fuck" in public. Force was eventually released without bond, but when he returned for a court date the next month, a judge sentenced him to 10 days in jail. He was allowed to serve his hard time at home while wearing an electronic monitoring device.

Arrest of this nature are rare, but not unheard of. A mother was arrested in South Carolina earlier this year for swearing in front of her children at a supermarket.

7. Spitting On The Ground
Here's another common behavior that can actually get you arrested and jailed, at least briefly, depending on where you are. In one more ridiculous incident, Joseph Stoiber was confronted by a police officer while walking around his Florida neighborhood last year. It was around 2 a.m., and the officer was suspicious of what was in Stoiber's pocket, The Ledger reported . The cop asked if he could search Stoiber, but Stoiber refused. According to The Ledger, the officer began to pat Stoiber down anyway, and then Stoiber -- who had chewing tobacco in his mouth -- spat on the ground. It was apparently enough to land Stoiber in jail, where he was released on a $250 bail.

The arresting officer and another officer who later appeared at the scene were eventually disciplined for the pat-down and misconduct during their encounter.

8. Farting
In 2012, school districts in Meridian, Mississippi, came under heavy scrutiny for overseeing what the Justice Department called a "school-to-prison pipeline," in which students were regularly referred to juvenile detention centers for even the most minor infractions. In a letter unveiling the findings of a federal investigation, the Justice Department explained that some students had been incarcerated for things like “dress code violations, flatulence, profanity and disrespect.”

And in 2008, a 13-year-old Florida student was arrested and hauled off to the police station after disrupting class by farting and turning off other kids' computers. He was charged with disruption of school function and later released into the care of his mother.

9. Possession Of Jolly Ranchers
A New York City police officer who had presumably been watching a little too much "Breaking Bad" arrested Love Olatunjiojo and two others in 2013, charging them with drug possession after finding some "crystalline rocks of solid material" on the suspects. Olatunjiojo claimed they were Jolly Rancers -- still in their wrappers -- but the officer thought they might be meth. Again, a field test reportedly took place and came back positive, which was enough to put Olatunjiojo and his companions behind bars for 24 hours. When further lab tests came back negative, the suspects were released. The three later filed a lawsuit against the NYPD, and last month received a $33,000 settlement .

10. Loitering
For decades, cops used arrests for loitering to target homeless people for behavior that was later found to be completely legal. New York City tried to rectify these mistakes in 2012, offering a $15 million settlement to the 22,000 people who had faced loitering charges in the 20 years prior. While a charge for loitering may sound both ridiculous and relatively insignificant, many of these suspects spent time in jail for their "crimes." Some stayed behind bars because they couldn't post bail, while others were incarcerated because they failed to appear for later court dates after the initial loitering arrest.

In one notorious case in Florida in the '80s, a man spent 13 months in jail after an arrest for loitering alone.

11. Twerking
In Lake County, Florida, last year, a homeless woman was arrested and charged with disorderly conduct after allegedly "dancing in a vulgar manner" in front of a school bus full of children. The arresting officer claimed she was also screaming profanities at the bus. The woman was released from jail after posting a $250 bond. A month before, a YouTube video that was supposed to show a vlogger twerking in front of an Orlando, Florida, bar ended up showing her getting arrested by an undercover cop instead.

12. Worshipping Too Loudly
Pastor Johnnie Clark of Columbia, South Carolina, was a repeat offender for God. Last month, he was found guilty of unlawful sound amplification and sentenced to two weeks in jail for a regular and rambunctious Pentecostal worship service that had brought police to his church more than 50 times. Neighbors had complained repeatedly that instruments played during the service were disruptive, and that Clark was still using microphones and drums despite a previous injunction against them. Clark was released later in September . Story by http://www.huffingtonpost.com