Banks in Osu inconsistent with treatment of customers 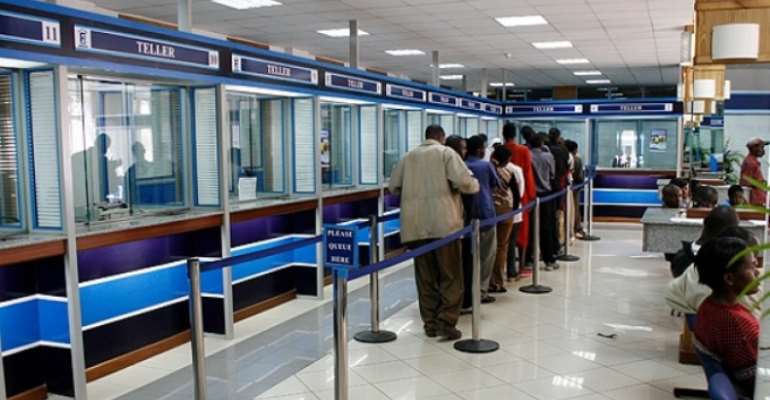 It has been established that majority of the banks in and around Osu in Accra are inconsistent in the way they treat their customers.

Customers already known to bank staff or those who appear educated get better treatment.

A recent survey of some 18 banks in the Osu has revealed they have a lot more to do to meet industry specifications of customer service excellence.

The survey found that none of the banks met or exceeded the outstanding target of 90% set by the first Customer Service Academy in Ghana which conducted the survey as part of the celebration of customer service month in October.

The survey categorized the 18 banks in Osu and its environs into 5. None of the banks was ranked “A” which represented Outstanding Service.

Access Bank; GCB and FIRST CAPITAL PLUS were ranked B which represents VERY GOOD whilst ECOBANK and BARCLAYS were in the         C category which represented GOOD.

FIDELITY, BANK OF AFRICA, ZENITH AND STANDARD CHARTERED BANK were also ranked D – which is ABOVE AVERAGE where as ADB was the only bank in the E-category which represents AVERAGE.

Four (4) BANKS including RORYAL BANK, UNIBANK, NIB and SOCIETE GENERALE were categorized under the F class which represented BELOW AVERAGE.

The survey was based mainly on Business Environment and Service Quality as the performance criteria.

According to conductors of the research, all the Banks scored high marks for the business environment as outside of almost all the Banks was clean, with appropriate signage.

They however indicate service quality was generally low as in more than 50% of cases, there were no feed-back forms for customers' views or suggestions.

Another observation was that name tags were missing from service providers in majority of Banks and where they existed they were not visible to the customer.

Banking Consultant and the Head of Osei Tutu Centre for Executive Education, Nana Otuo Acheampong says although the survey is limited it hold great lessons for banks.

Two persons accused of killing 11-year-old boy at Kasoa to b...
13 minutes ago

Akufo-Addo can’t even bath in the Presidential jet, it's not...
13 minutes ago