Open Letter To The NPP Delegates 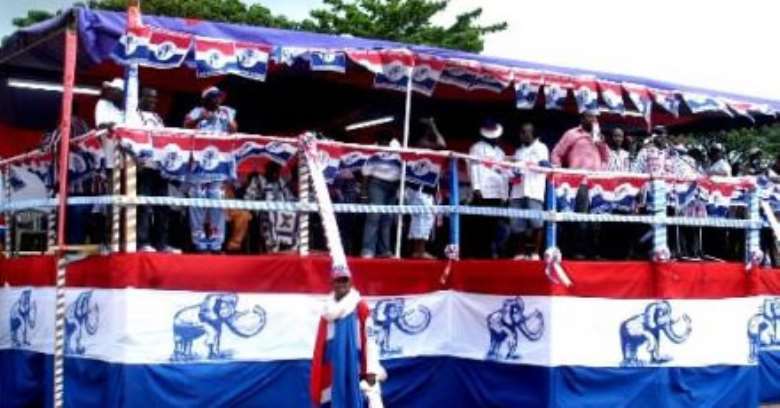 October 18 is not about us. It is not just about the NPP. I guess the choice would have been a much easier if it was just about us.

But is not about us.It is about a great number of people in our country who have lost faith in the Government and faith in the Country.

It is about the many victims of a Government out of ideas on how to even manage the nation till the next elections. It is about those ordinary people and what hope we offer them so that on 2016 they would go out and vote.

It is about those 1 Million citizens of our land who last year decided to risk it all and apply for an American Visa.

It is about the conditions that compelled so many of our citizens to attempt severing family and other ties in search of a better life. A life they cannot get here not because of their efforts but because of a system that just doesn't work anymore.

It is about people like Alhassan who told me this not too long ago, 'Kofi the Government is just watching while our people get killed. Is almost like we are not citizens of this country.'

It is about people like him who feel the Government is disarming them just so rival tribes can annihilate them. It is about getting in place a Government that works for all in terms of protection from those who have refused to modernize their thinking on the rules of war and offering those who become victims of such brutes justice.

It is about the family of people like Robert Abole and the many other Ghanaians who feel this nation has become an Animals' Farm with all the characterization in that novel.

Let me bore you a bit with the story of Robert. Robert was a 37 year old citizen of this land. He was a dedicated worker and a family man whose only mistake was being on the same highway, on a motorbike, with a Deputy Minister armed with a fast speed land cruiser.

It is about those 'donkeys'. Is about getting in place a Government where human beings by virtue of their position in society won't be elevated under the laws to untouchable demi-gods while others are reduced to donkeys. It is about getting a Government that truly and honestly works towards getting equality before the law for all citizens.

It is about young Kwame at Kantamanto, who tells me he has to pay four times as much to get the same quantity of clothes as he got in 2008 to sell. He speaks with great pain of the crippling taxes and the disheartening corruption at the ports of entry.

He said 'A lot of my friends have stopped and are now home doing nothing. Excessive interest rates, high taxes, the failing cedi and rise in prices have killed many businesses here.'

Those are not natural events. Those are the results of Government policy.

It is about getting in place a Government that appreciates the seriousness of this task and won't be eager to blame their inefficiencies on dwarves and high rise buildings.

It is about Celestine Tsekuma, that pregnant ice water seller who died at the BNI Offices. She represents the face of many Ghanaians whose freedom depends on the whims of some big shot in Government. It is about justice for her family and justice for the many people like her who have been victims of this crude show of 'where power lies'.

Just as much as it is about the growing list of hospitals rejecting the NHIS card and the sub-standard treatment that those who bear the card are condemned to.

It is about people like single mother of two Nancy.

She has a child with sickle cell anemia. She talks of the failing NHIS with great pain in her voice, a deep scar in her heart and visible fear in her voice. Her last hopes of getting her child treated in case of a crisis rests on that.

And it is really about getting a Government that understands that the fundamental duty of every Government is to create an enabling environment where everyone would have a fair chance, a fair start and honest efforts do yield honest results.

It is about Kwame and Esi, Etornam, Selorm, Fuseini et al other Ghanaians who feel the burden of a failing society like you and me.

It is about bringing them hope. This isn't the time to experiment. They are as cynical already as it is. This is the time to be consistent. To show good faith in the stuff we told them in 2012 and further faith in the evidence we presented before the Supreme Court.

This is not the time to bring a candidate and 'promote' him so we get a decent shot at the Presidency in 2020. The damage to our nation would be near irreparable by that time . We cannot do such great a disservice to the people.

And that is why #IAMFORNANA. I like Nana. But it goes beyond liking or hating him at this point. It is about understanding the mess we are in right now and realizing he presents and represents the best hope of deliverance.

A vote for Nana on the 18th represents a vote of hope for those Ghanaians who have lost it and the many that have never really had it.

And as we vote on the 18th let us remember that it is not just about us. It is not about our personal vanities and hatreds. It is about Ghana. It goes beyond us.