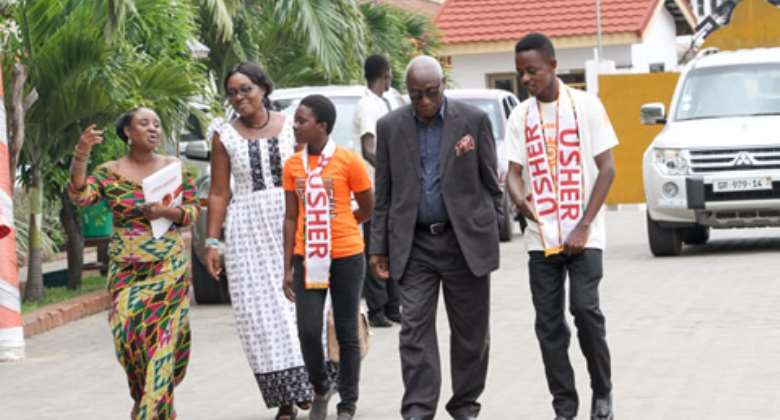 The Ga East Municipal Assembly in Accra held a special event Friday to name a street in honour of the late Komla Afeke Dumor.

The event was part of activities to mark the 42nd birthday of the ace Ghanaian journalist who passed away on January 18, 2014 in the United Kingdom.

The street is located at Haatso in the Greater Accra Region.

Speaking at the ceremony, Chief Executive of the Municipality, John Kwaw Sackey said the move is aimed at motivating the youth to emulate the sterling example set by the late broadcast journalist who propelled the image of the Haatso community.

Mr Sackey said the contributions made by the late broadcast journalist and his entire family to the development of the area played a major role in the Assembly's decision to name the street after Komla Dumor.

The BBC news anchor's sister, Mawuena Dumor Trebah who spoke on behalf of the Dumor family, expressed profound gratitude to Ghanaians for the immense love shown the family after Komla Dumor passed away.

She said the family was hopeful the legacy Komla left behind will inspire the youth in Ghana.

An educational centre has also been established in honor of the late Komla Dumor at the African university College of Communication (AUCC).

Authorities at the university say the Komla Dumor Educational Centre was established to provide in depth training for broadcast journalists.

He was the only West African news reader on the BBC World news until his death.

Dumor achieved his feat in journalism without a journalism background.

He studied medicine but he changed course and graduated from the  University of Ghana  with a BSc in Sociology and Psychology and from  Harvard University  with an MA in Public Administration.

His unique voice, passion, and an incredible attention to detail catapulted him to higher heights in journalism. He had interviewed some of the greatest world leaders, including former US president Bill Clinton, former UN Secretary General Kofi Annan.

He was married to Kwansema Dumor, with whom he had three children. He died at age 41.