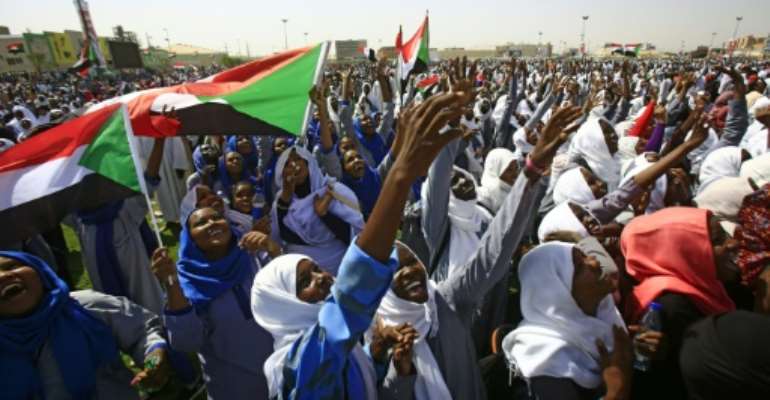 Fuel price rises have been a sensitive issue in Sudan, where the economy has been badly hit since 2011 when South Sudan gained independence and took nearly three quarters of the formerly united country's oil reserves with it. By Ashraf Shazly (AFP/File)

Khartoum (AFP) - Sudanese security agents have arrested several opposition politicians over the past two days to prevent protests against Khartoum's decision to hike fuel prices, their parties said on Sunday.

Omar was arrested after he delivered a speech criticising the hike in prices of petrol and diesel by about 30 percent.

Since then threee other members of Omar's party were also arrested, a senior member of their party, Bakri Youssef told AFP.

Three activists from the Baath Party were also arrested over the past two days, party spokesman Mohamed Diaddin said.

The opposition Communist Party also announced on its Facebook page the arrest of a senior member, Mohideen Al-Jallad.

And on Sunday, small groups of protesters burnt tyres and tried to stage demonstrations in two districts of Khartoum but they were swiftly dispersed by riot policemen, an AFP correspondent reported.

Overnight, security agents also seized print runs of three newspapers -- Al-Tayar, Al-Jadida and Al-Watan -- after they covered the fuel price hike in reports seen as criticial of the government.

Fuel price rises have been a sensitive issue in Sudan, where the economy has been badly hit since 2011 when South Sudan gained independence and took nearly three quarters of the formerly united country's oil reserves with it.

In an ensuing crackdown by security forces, dozens of protesters were killed.

At least 17 members of the Sudanese Congress party were detained in August 2015 for criticising Bashir, while four members of Reform Now Party were held for similar reasons a month later.

Bashir, who came to power in an Islamist-backed coup in 1989, is wanted by the International Criminal Court on war crimes charges related to the conflict in Darfur.

"We will fight against this policy by all means. This policy is an evidence that this brutal regime must go immediately," it said in a statement.

The Sudanese Congress Party has also pledged to press a campaign against Bashir's government "until the regime has been overthrown".