Ghana Would Have Prospered Under Busia—Kufuor 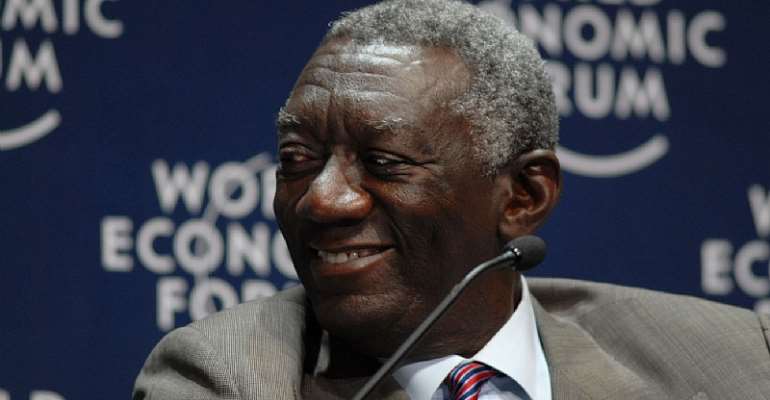 Former President Kufour has said Ghana would have been more developed if the Late Professor Busia was allowed to serve his full term of office.

As the youngest Minister under the former Prime Minister Busia, Mr. Kufuor said policies that were introduced by Busia, shot the country to a middle income country in Africa.

Busia became the Prime Minister of Ghana in 1969 after the Progress Party(PP) won the parliamentary elections.

He was however overthrown by the army under Colonel Ignatius Kutu in 1972 while seeking medical care in Britain.

In an exclusive interview with Citi News, the former President said: “the country would have been a fantastic country because the man believed in the private sector. All over the world people talk of public-private partnership as the way to help societies and economies of nations.”

“If he had had his own term, I believe Ghana would have been more developed in a rounded way,” he added.

Achievements
Busia made rural development a priority area. To ensure the success of this policy, a separate ministry – Ministry of Social and Rural Development (the first of its kind in Ghana) was established.

A number of projects were launched to provide good drinking water, electricity and health facilities for rural communities. By 1972, a total of thirty-three projects, including one which was to make potable water available to twenty villages in the Apam area had been completed.

This went together with a £3.5 million water project at Kwanyako near Agona Swedru and was to serve more than 44,000 inhabitants in twenty-two villages and towns in the Gomoa Akyempim area.