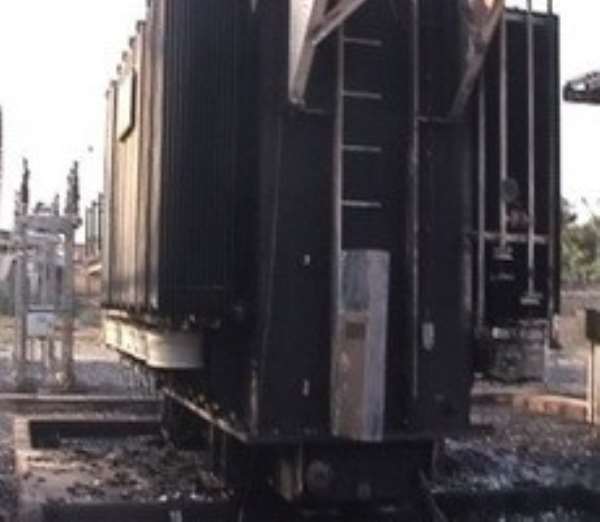 A 27-year old teacher last Saturday sustained severe burns after a power transformer exploded at Winneba in the Central Region.

Betty Arko suffered the burns after the blast caused her television set to explode and catch fire even though she was many miles from the scene of the blast.

Betty Arko's accident happened in her home in Swedru, which is about 30 kilometres from Winneba.

She is currently in critical condition at the Burns Centre of the Korle-Bu Teaching Hospital.

Betty Arko told Joy News around 4:30 am while entering her hall to put her TV set off, she heard a loud explosion followed by flames that hit her and threw her outside of her room.

According to her, her clothes caught fire but she managed to seek help from neighbours.

The transformer caught fire around 4:30am, according to eyewitnesses.

A resident doctor at the Burns Centre of the Korle-Bu Teaching Hospital, Elliot Boham, told Joy News Betty Arko has lost about seventy percent of her skin and would require artificial skin.

In that same explosion, two firefighters also fell unconscious while trying to contain the explosion at the power substation.

The Central Regional Fire Safety Officer Mark Awotwe Quaye explained that the two fighters fell unconscious because there were no breathing apparatus to provide oxygen while they were fighting the blaze. Story by Ghana | Myjoyonline.com | George Nyavor | [email protected]